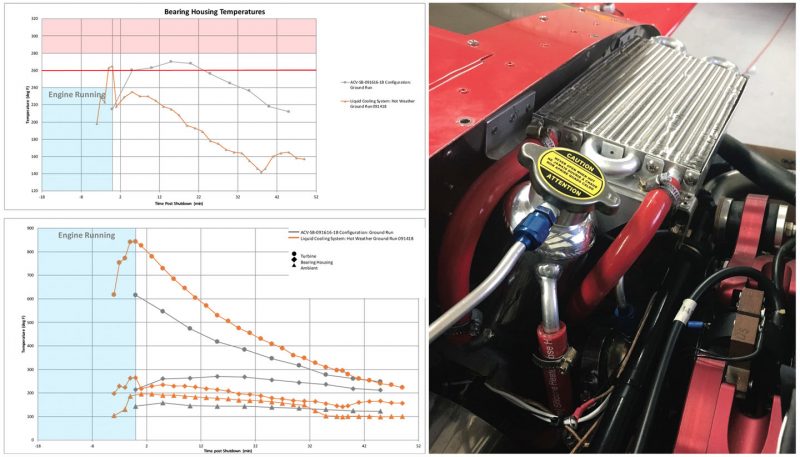 Fall is now upon us, but our AeroVee Turbo test team managed to run an EXTREME Hot Weather Test of the AeroVee Turbo Cooling System in mid-September, and the results are impressive. As we’ve learned in logging past tests, ground runs are far-more abusive to any air cooled engine. Builders should avoid extended ground run testing for this reason. In this ground run test, we purposely exceeded our normal engine run maximum parameters to collect the most extreme data possible:

Summary of the system’s performance: 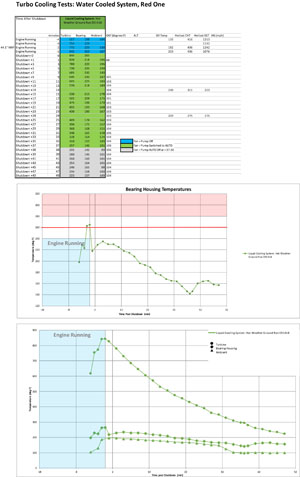 Hot Weather Ground Run Test conducted on September 14th exposed the system to the most challenging conditions yet. 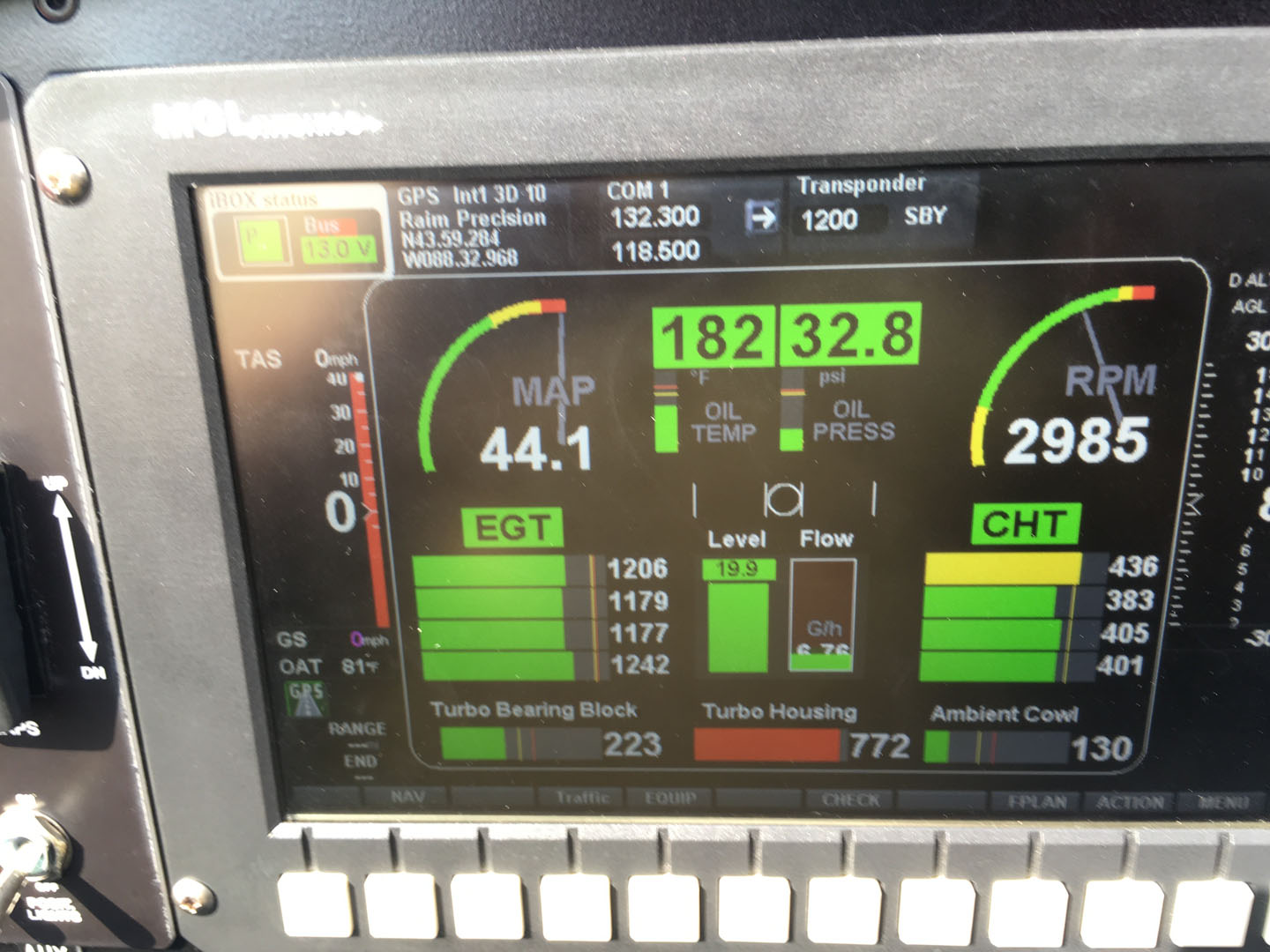 The AeroVee Turbo was run HARD with sustained MAP of approx. 44 inches Hg. This image is taken 2 minutes prior to engine shut-down. 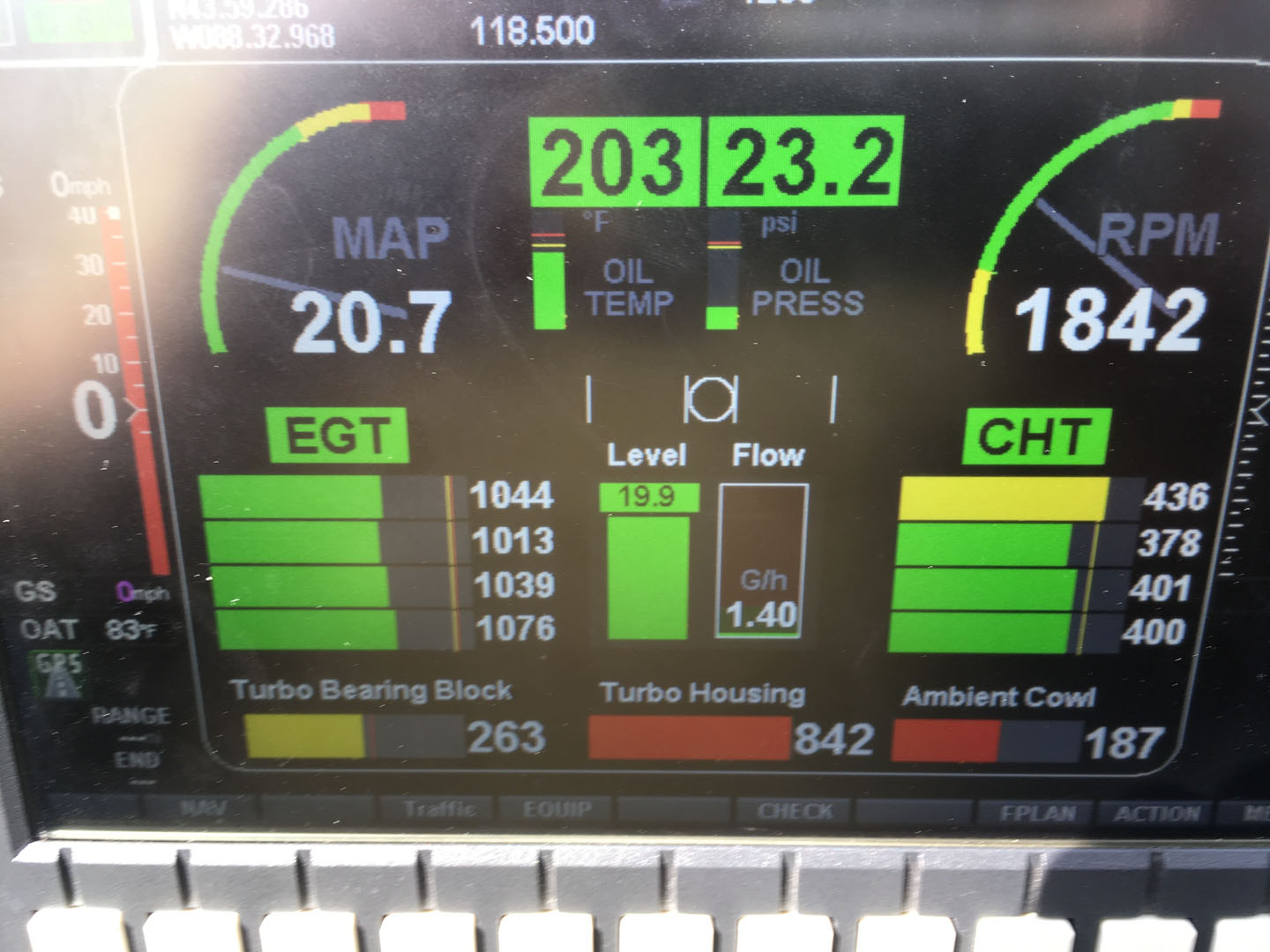 Engine and Turbo temperatures one minute before shutting the engine down from an abusive engine ground run test. Don’t try this at home! 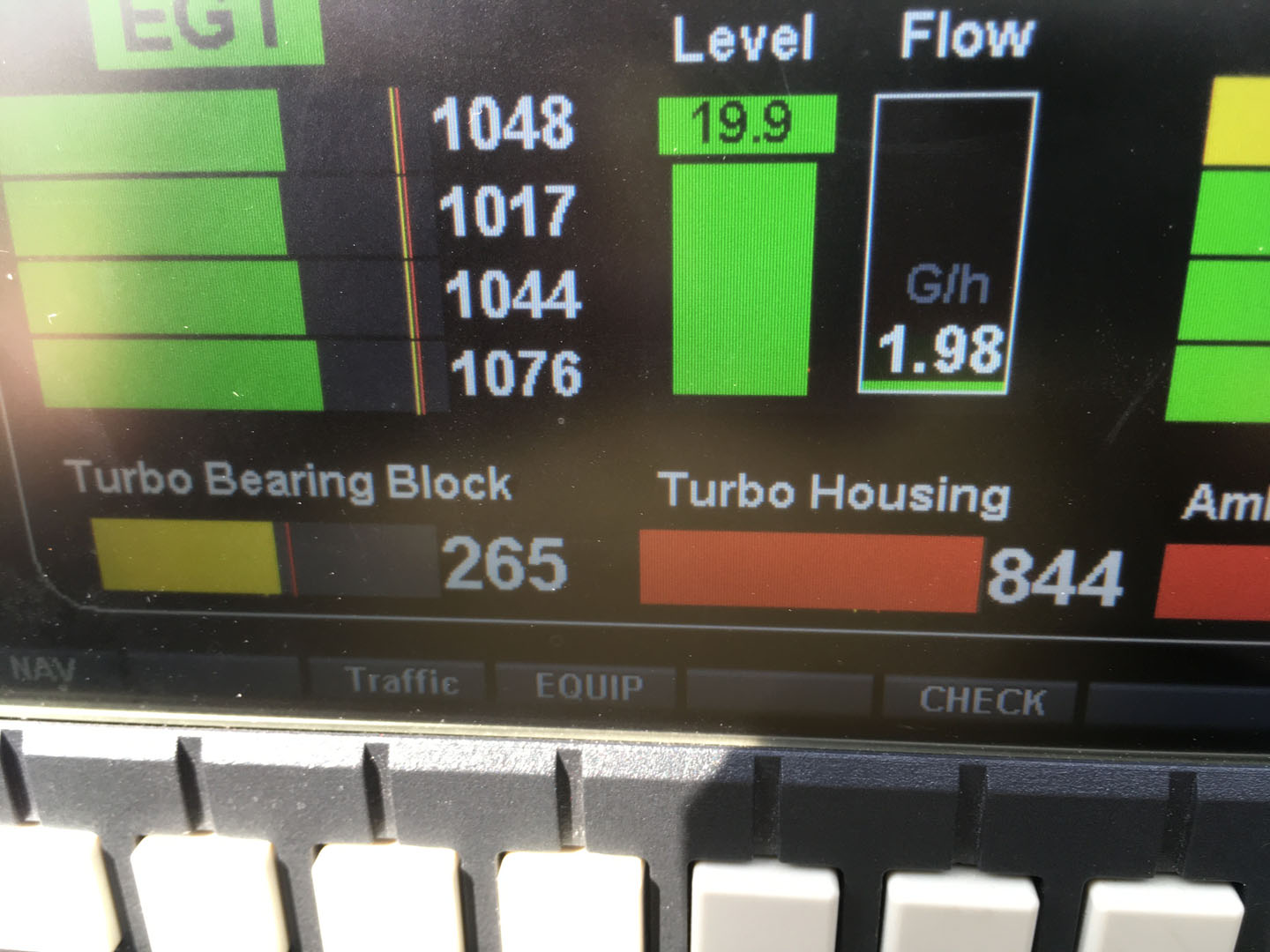 Turbo Temperatures at Shutdown, just prior to switching-on the Liquid Cooling system. This represents the hottest turbo temperatures we have induced to-date in testing. 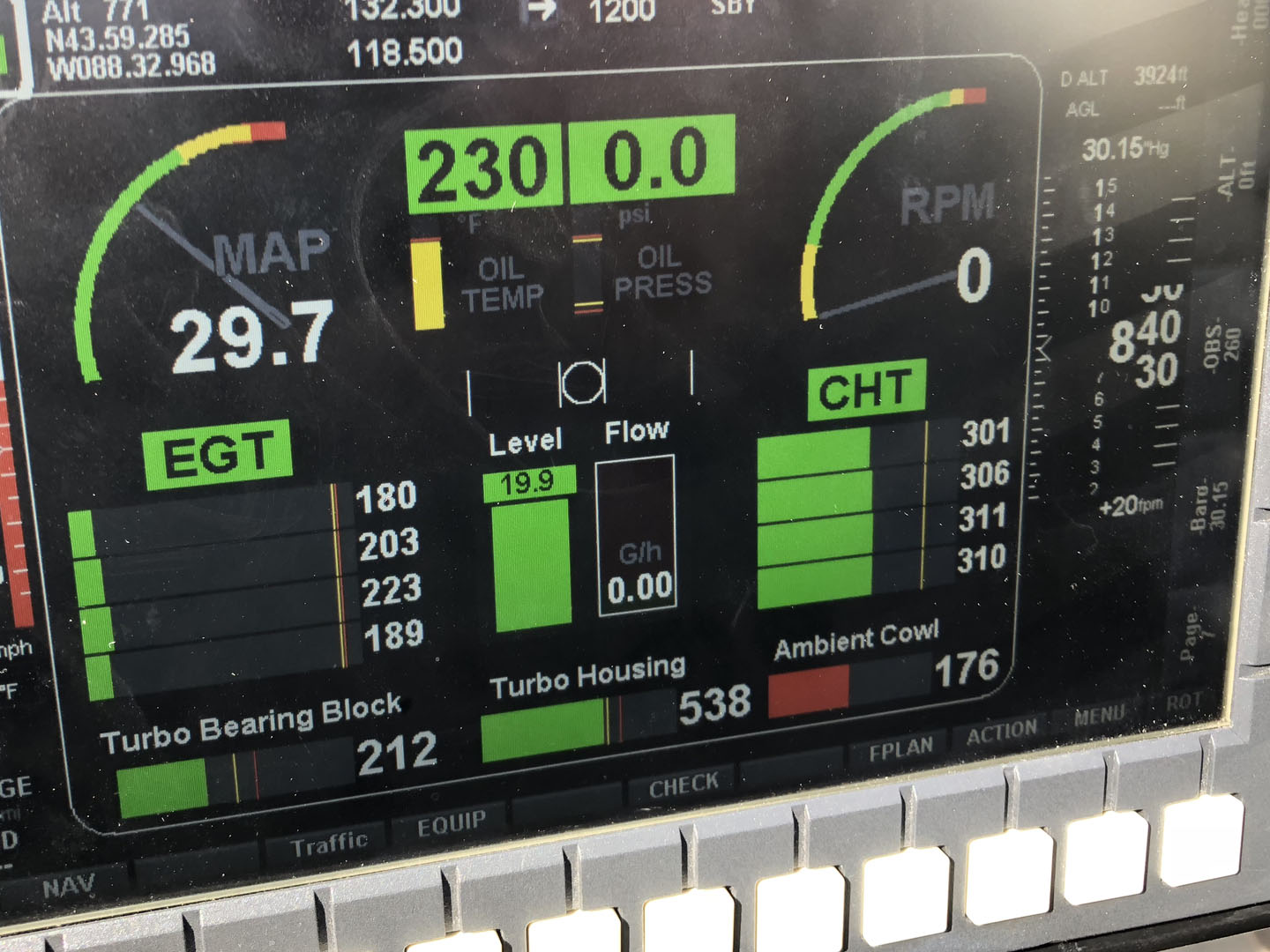 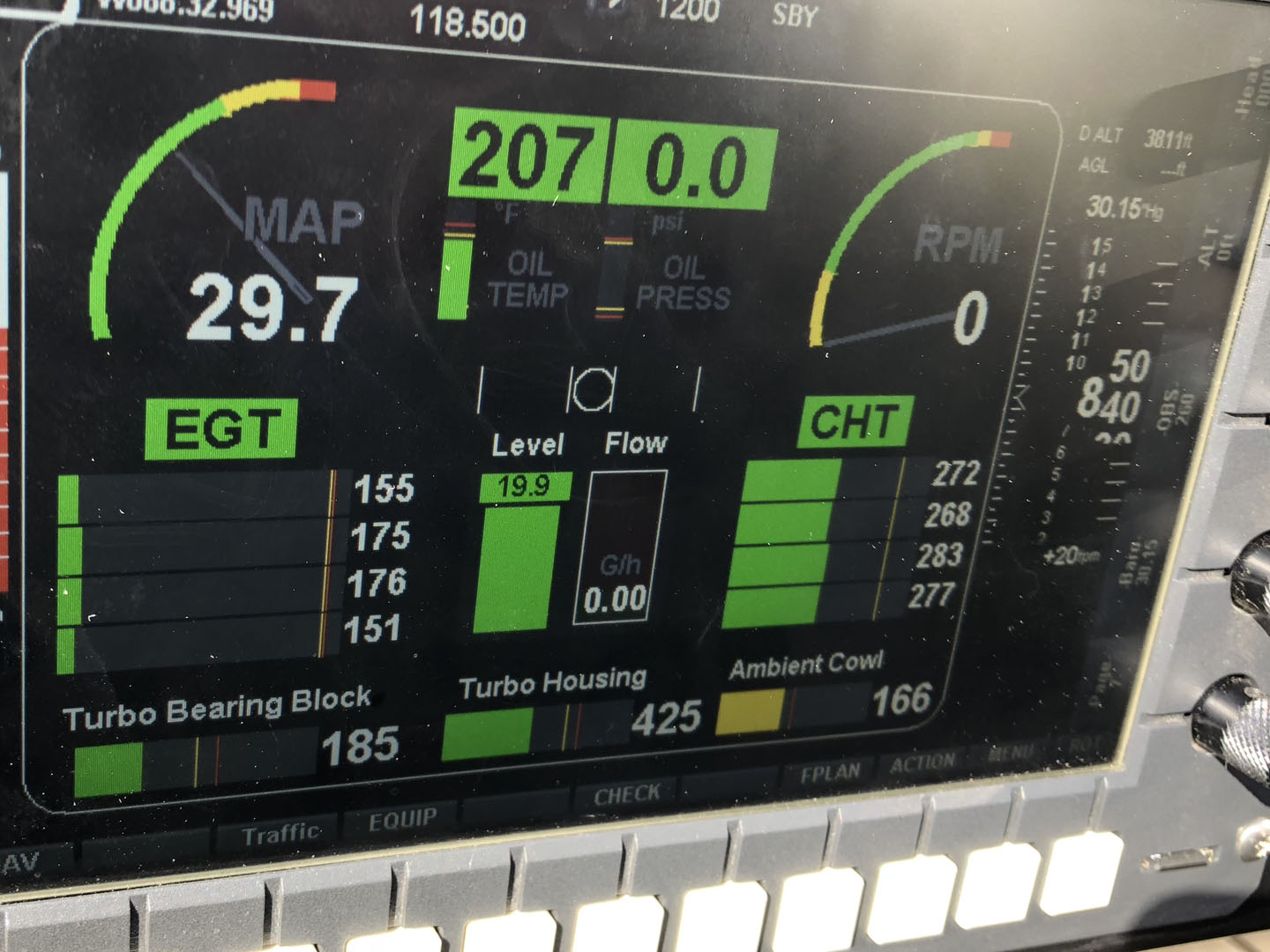 While flights may be conducted by customers in hotter ambient conditions in other parts of the world, our experience with flight testing shows that in-flight conditions with normal airflow through the cowling yield significantly cooler temperatures system-wide than hard ground running. Further, the traffic pattern, approach and landing phase of flight allows some natural system cooling time with lower engine RPM. This newest ground run test data successfully proves the system’s performance in extreme conditions.

Enabling the cooling system upon exiting the active runway after landing has continued to work well for Sonex Aircraft. Customers may vary that procedure as-needed in hotter climates, possibly running the system in-flight, however, the rate of oil flow through the turbocharger in-flight has done a great job of controlling bearing block temperatures in our experience.