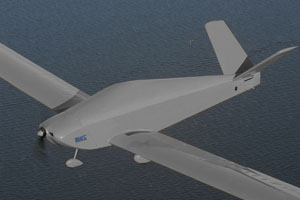 Sonex Aircraft is proud to announce that a formal Business Collaboration Agreement has been signed with Navmar Applied Sciences Corporation (NASC) for research, engineering and production of Unmanned Air Vehicles (UAVs), beginning with a Xenos-based line of aircraft dubbed “Teros.” As the next addition to NASC’s line of UAVs, which includes the TigerShark and Mako series of aircraft, the Teros will be an AeroVee Turbo powered aircraft based on the Xenos Motorglider design that is capable of carrying significant fuel and mission payloads. The Teros is intended to provide extended range, high altitude performance in a wider range of environments and performing even more challenging missions than NASC’s existing TigerShark series, which has performed exceptionally well for the company’s Department of Defense customers.

“The Xenos Motorglider is a perfect fit for UAV application,” stated Sonex Founder John Monnett. “The UAV mission is something we’ve been envisioning since the design of the Moni Motorglider in the 1980’s, combining performance and efficiency with extremely simple and economical construction.”

“Collaboration with NASC offers a wonderful opportunity for Sonex Aircraft, LLC to diversify its markets,” quoted Sonex General Manager Mark Schaible. “Such diversification only serves to strengthen the level of service and quality offered to our existing customer base through growth and increased stability. When it comes to innovation, there’s no question that Sonex and AeroConversions customers benefit from seemingly unrelated Sonex R&D efforts via new product derivatives that have the potential to reach the homebuilt aircraft and engine marketplaces. A prototyping and production agreement with NASC leverages our new in-house quick build production capability perfectly, allowing Sonex to maintain a strong production department with a steady workforce for consistent production of both Sonex Aircraft Quick Build Kit airframes, and airframes for NASC at an increased capacity.”

Sonex and NASC officials selected the name “Teros” for this new line of UAVs as an extension of the name “Xenos” in the Greek language. While Xenos can generally be interpreted as a traveler with a diversity of roles, Teros is interpreted as a guardian who “watches over.”

Ship sets of Teros aircraft will be produced by Sonex Aircraft, LLC at our Oshkosh, WI headquarters and delivered to NASC for integration and operation as UAVs. The first prototype Teros is slated for delivery to NASC in June 2015. “Sonex Aircraft, LLC was selected to produce the aircraft for conversion to a UAV based upon their reputation for excellence in engineering, quality production and customer support,” commented Chris Patton, NASC’s Unmanned Aerial Systems Group Manager. “We look forward to expanding our relationship with Sonex to meet our customers’ ever-evolving mission requirements.” NASC will be announcing details and promoting the new Teros line of UAVs next week Association for Unmanned Vehicle Systems International (AUVSI)’s Unmanned Systems 2015 conference and trade show in Atlanta, May 4-7. NASC can be found at AUVSI booth# 2757.

Based in Warminster, PA, NASC specializes in complete UAV lifecycle support from design and development, through test and evaluation, production and enhancements, to providing turnkey worldwide pilot and flight crews, technician and logistics staffing support. NASC is also widely recognized for its engineering excellence in the UAV related Core Competencies of Sensors, Air Vehicle Technologies, Advanced Material Development and Flight Simulation. Additionally, NASC is well known for its advancements in undersea surveillance and exploration technology.

Sonex Aircraft, LLC is a leader in the experimental kit aircraft industry, providing a series of sport aircraft along with the AeroConversions line of products, which include the AeroVee engine, AeroVee Turbo, AeroInjector and ancillary aviation products. Sonex Aircraft’s Sonex, Waiex, and Onex sport planes, the Xenos sport motorglider, and the SubSonex Personal Jet, offer outstanding performance in an easy to build, easy to fly kit package that can be purchased and completed with full technical support at an unrivaled price. Sonex and AeroConversions continue to invest heavily in developing new products. Our team is committed to providing simple, elegant and low-cost solutions for sport flying. Simply put, Sonex Aircraft and AeroConversions products provide the Best Performance Per Dollar. Check us out at www.SonexAircraft.com and www.AeroConversions.com 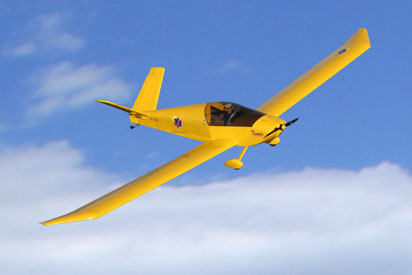