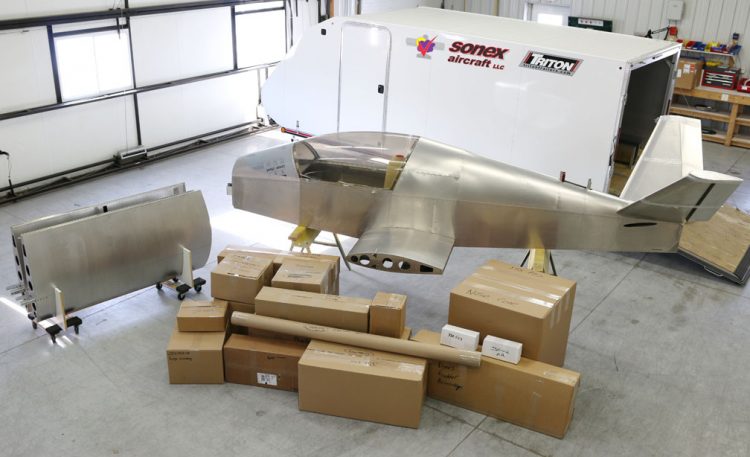 Sonex Aircraft is excited to report the achievement of several major milestones in the SubSonex Personal Jet program during the month of February: The first SubSonex kit shipped from the Sonex factory; Four new SubSonex model JSX-2 pilots were minted in Moriarty, NM; and Bob Carlton received his Low-Level Statement of Aerobatic Competency (SAC) card for the SubSonex, in-preparation for the 2015 air show season!

First SubSonex Kit Delivered:
On Thursday, February 12th, the first SubSonex kit left Sonex Aircraft headquarters in Oshkosh, destined for customer Redge Greenberg of Durango, Colorado. The Ultra-Quick Build Kit was transported in the optionally available Triton TC 167 enclosed trailer by Sonex staff to Greenberg’s home. This is the first in a series of seven kit deliveries included in the first kit production run, and marks the conclusion of an intense six month effort to bring JSX-2 from prototype aircraft to a fully-developed quick build kit product.

“I hold commercial glider, helicopter & single engine land licenses, accumulating 4500+ hours in numerous aircraft,” writes Greenberg, “but I never got the chance to fly a jet. I first saw the prototype of the SubSonex at Oshkosh, and followed the development for over a year. When Sonex offered the jet as a kit, I was first in line. Like my RV8, the SubSonex is aerobatic, but the Sonex company also included a ballistic parachute for extra safety. I’m looking forward to finishing my SubSonex soon and adding jet capability to my aviation skills.”

This week, two more kits will be delivered to customers in Ontario Canada and Pennsylvania, with kit deliveries to Missouri, Kentucky, and Oklahoma to follow next week. The seventh kit will be delivered to New South Wales, Australia via 20′ ocean container. Orders are now being accepted for the second run of SubSonex Quick Build Kit production, to commence in August, 2015.

The weekend’s flying concluded on Sunday, with permanent LOA checkrides for Bob O’Haver (administered by another visiting DPE), and checkrides for John and Jeremy Monnett, with a check ride for Billy Hill taking place later in the week. Being a single-place aircraft, SubSonex permanent LOA checkrides are administered by observation from the ground via radio contact from the DPE with a GoPro video camera mount on-board to document the flight and review the demonstrated maneuvers. Two new videos have been published by Sonex Aircraft, LLC: the first showing highlights from everyone’s first flights ( http://youtu.be/g6YsCZlwYw0 ), the second a cockpit-narrated video of Bob O’Haver’s permanent LOA check ride (http://youtu.be/ZAHc-3sXGio ). “This is EASY to fly,” remarks Jeremy Monnett on-camera after his first flight, joking to Bob Carlton, “sorry to burst your ego, Bob!” as Carlton was no longer the only SubSonex JSX-2 qualified pilot by the end of the day.

Bob Carlton Prepares for 2015 Air Show Season in JSX-2:
Not to be out-done by Jeremy, Bob Carlton has been practicing a new air show routine in SubSonex JSX-2 for the 2015 season! Currently booked at EAA AirVenture Oshkosh 2015 and the 2015 Rocky Mountain Air Show with more show dates pending, Carlton has put-together a SubSonex show unparalleled by jet acts of the past including maneuvers such as tail slides (usually taboo in a jet), hammerheads and non-stop action with tight turns inside the typical piston aircraft air show box. Carlton has been practicing the show extensively over the past month, and obtained his Low-Level Statement of Aerobatic Competency (SAC) card for the SubSonex on February 12th in Phoenix, Arizona. “Thanks to Tim Weber for the use of his hangar, Bill Cornick for coming from California to do the evaluation and Bob Bishop for coaching me last weekend in Tucson,” writes Bob. Two more videos were released today featuring Bob’s air show practice in the SubSonex: one with outstanding multicam video showing Bob’s practice in Moriarty ( http://youtu.be/At7M9wUi8FA ), the other showing exciting footage of his low-level practice in Tucson ( http://youtu.be/kt3eM-ETSs4 ).

Sonex Aircraft, LLC is a leader in the experimental kit aircraft industry, providing a series of sport aircraft along with the AeroConversions line of products, which include the AeroVee engine, AeroVee Turbo, AeroInjector and ancillary aviation products. Sonex Aircraft’s Sonex, Waiex, and Onex sport planes, the Xenos sport motorglider, and the SubSonex Personal Jet, offer outstanding performance in an easy to build, easy to fly kit package that can be purchased and completed with full technical support at an unrivaled price. Sonex and AeroConversions continue to invest heavily in developing new products. Our team is committed to providing simple, elegant and low-cost solutions for sport flying. Simply put, Sonex Aircraft and AeroConversions products provide the Best Performance Per Dollar. Check us out at www.SonexAircraft.com and www.AeroConversions.com 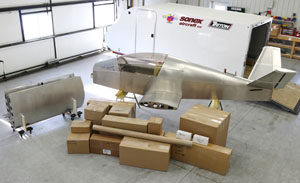 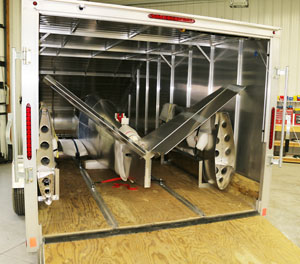 A panorama of the Sonex Aircraft R&D Shop/Quick Build Production Shop just prior to moving Redge Greenberg’s kit to the warehouse for packing. This was the last time all seven first production run SubSonex Quick Build Kit airframes will be together in the same place. Download High Resolution (300 dpi, 7.1mb JPEG file) 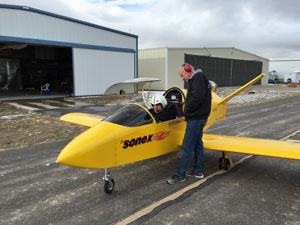 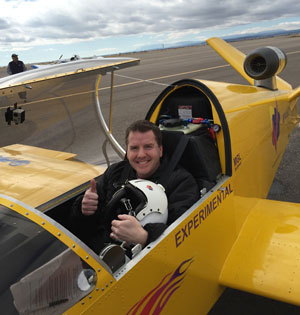 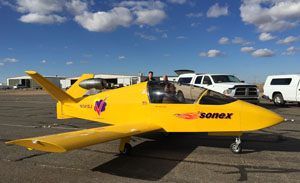 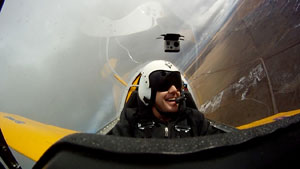 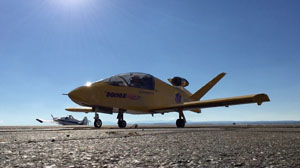 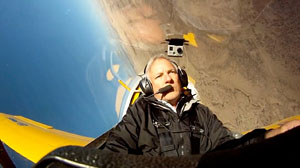 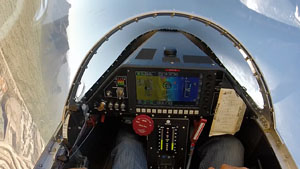