A Triumphant Return of EAA AirVenture Oshkosh, Sonex to be One Week Wonder in 2022! 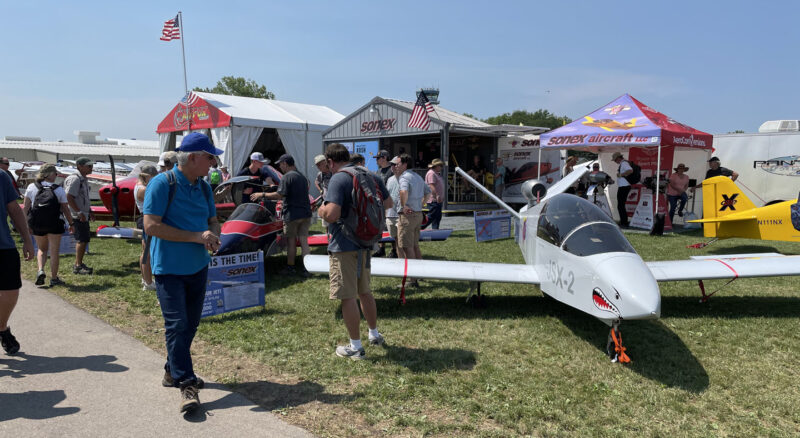 Sonex Aircraft joined with the rest of the aviation community last week in celebrating the triumphant return of EAA AirVenture Oshkosh, and what a great year it was!

We kicked-off the celebration a day early with our Sonex Aircraft Open House and Homecoming Fly-In. Several customer aircraft were in-attendance along with a healthy crowd of builders, prospective builders and long-time friends at our factory headquarters on the East side of Wittman field.

During the show week, Sonex Aircraft held several forums including a John Monnett retrospective of his journey from the Sonerai to the SubSonex spanning 50 years. EAA celebrated the Sonerai anniversary with the official homebuilt aircraft fly-in patch for 2021.

Other forums inluded information about all of our aircraft models and AeroConversions products, and a hint may have even been dropped during one of these forums about the next new aircraft from Sonex Aircraft after completion of the JSX-2T two-place jet. Sonex Aircraft also gave dozens of AirVenture attendees a tour of our factory headquarters, running tours each morning with transporation provided from our exhibit booth.

The Sonex Builders and Pilots Foundation hosted another great BBQ at Wayne and Kathy Daniels’ “7th Heaven” house and hangar at the South end of the airport. Thanks to Kathy and Wayne for your great hospitality once again this year! 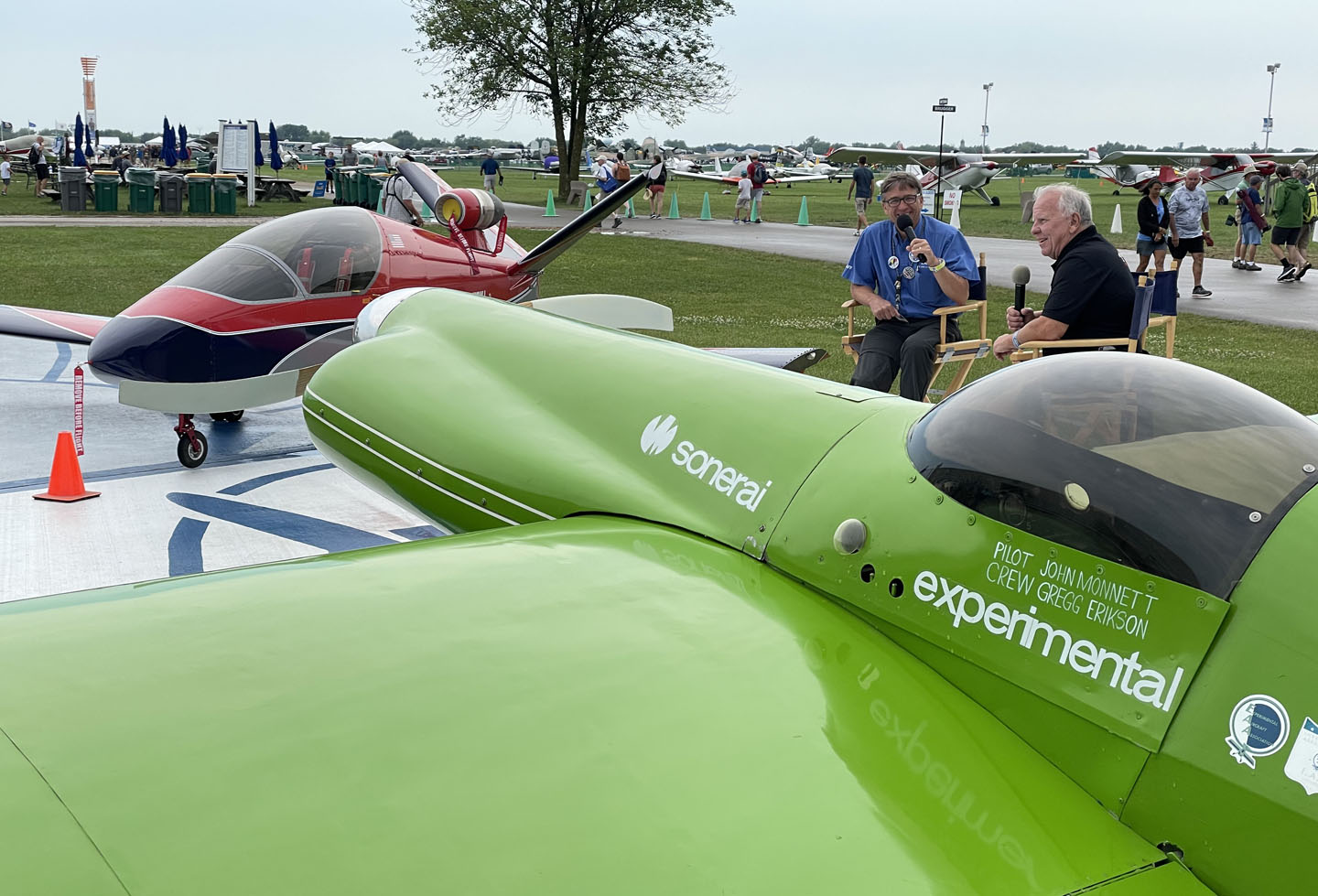 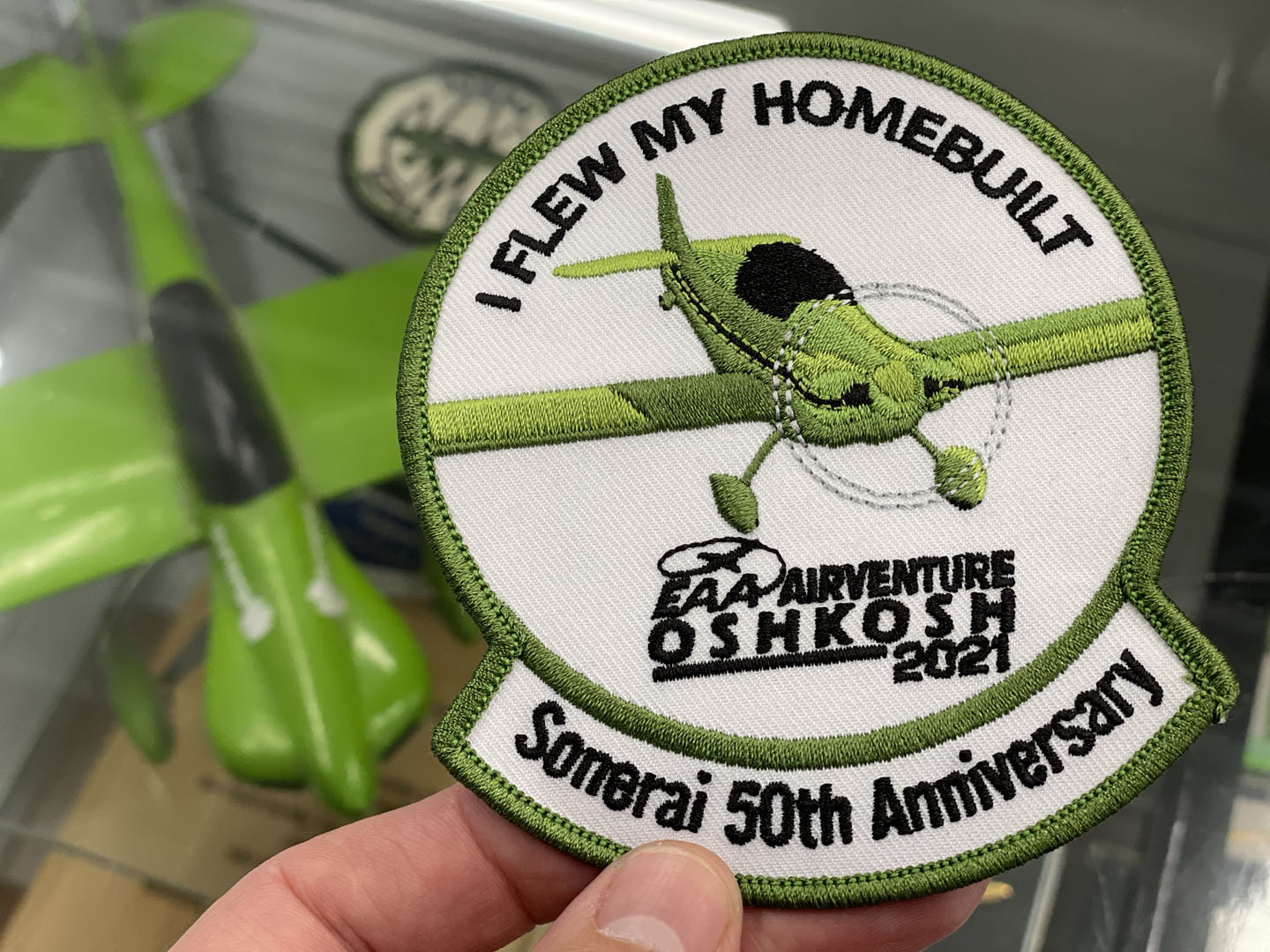 In addition to several piston Sonex and Sonerai aircraft models flying-in to the show, we reached a new record with four customer SubSonex Personal Jets flying-in to AirVenture as the fleet of jets continues to grow. Two SubSonex aircraft even flew-in from the Atlanta area! Who says the SubSonex can’t do cross-countries? 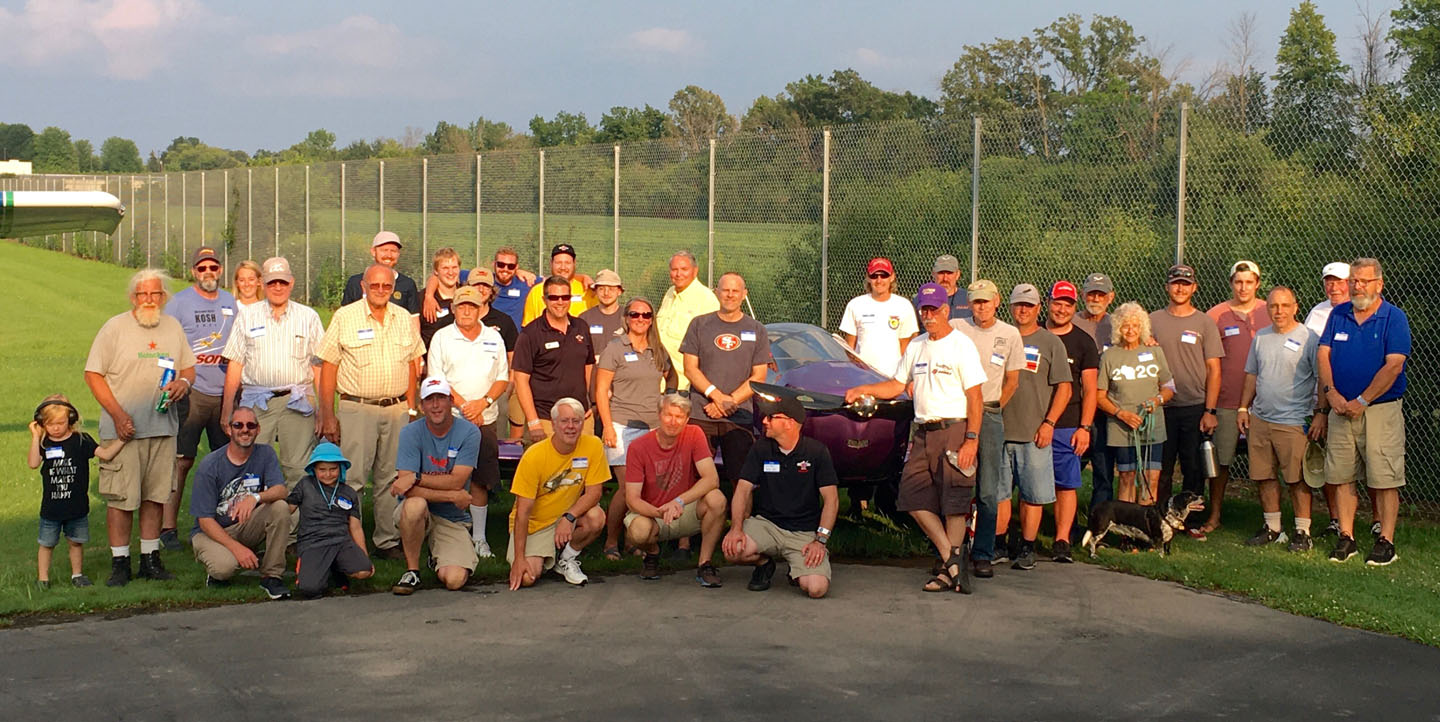 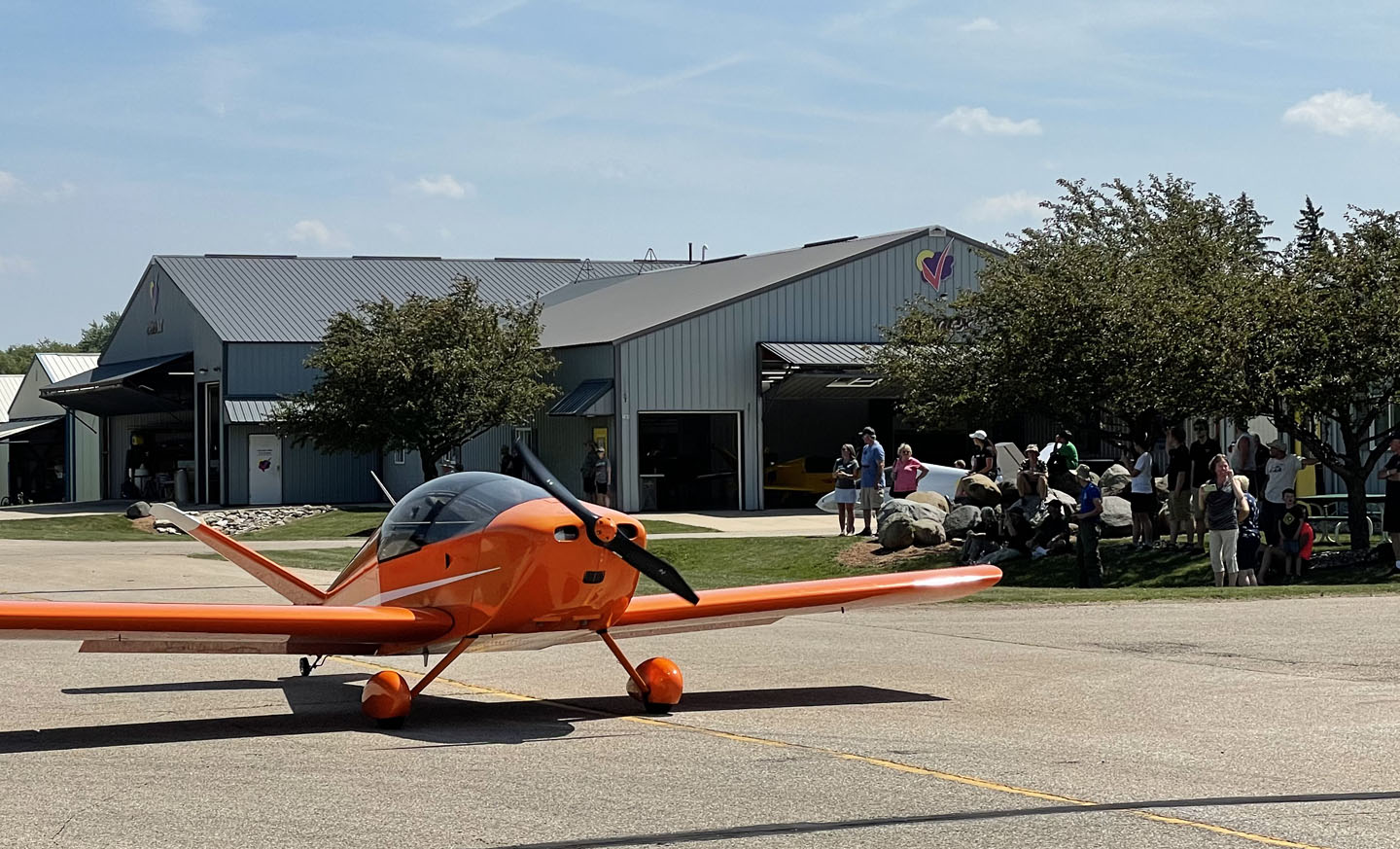 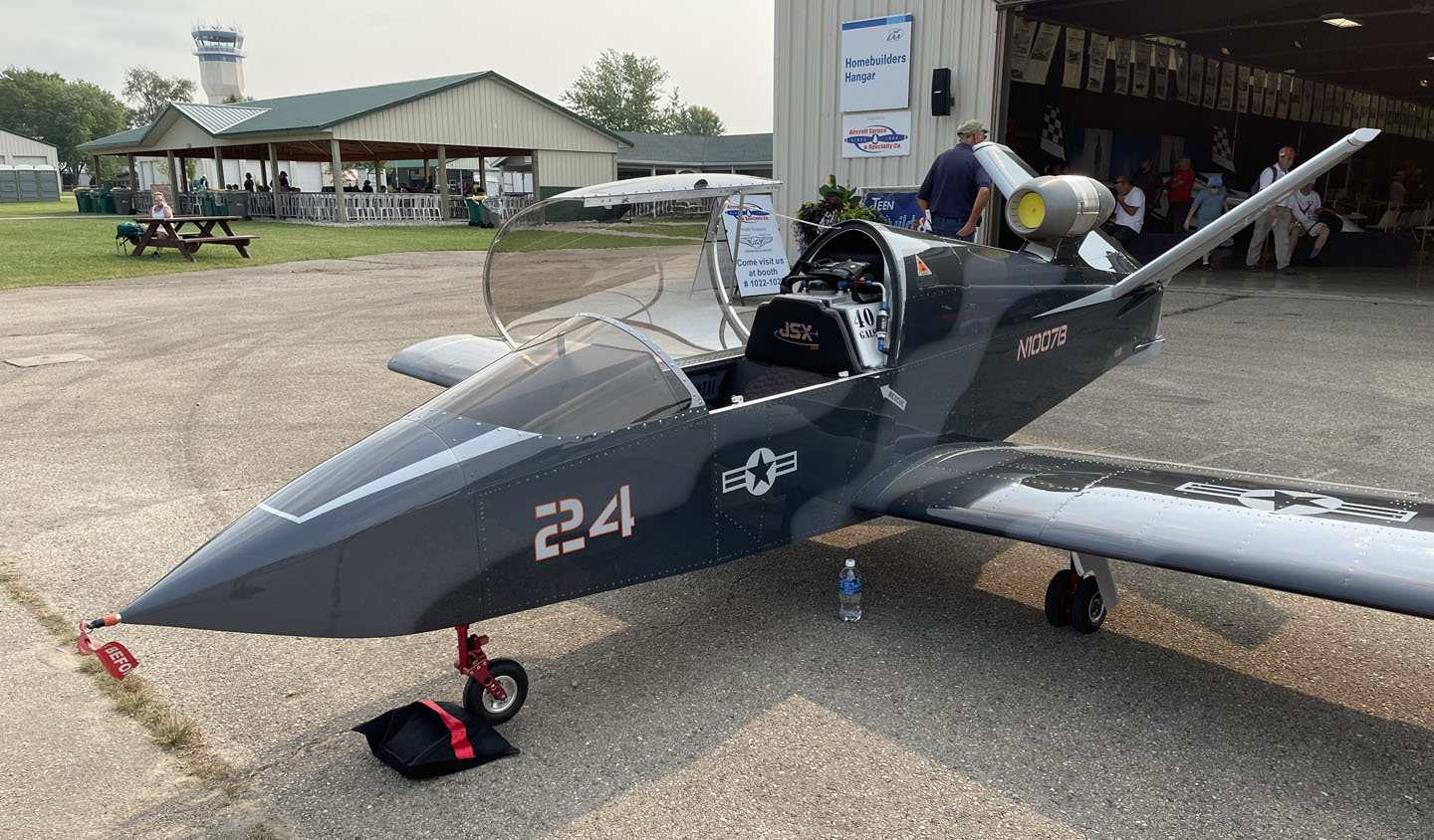 SubSonex builder Brock Aldrich took home a Bronze Lindy award for his jet this year. We’ll show you more of his aircraft in a future post. Customer SubSonex jets have now received three awards at EAA AirVenture Oshkosh: Two Lindy’s and one Workmanship Award, which is pretty remarkable considering the relatively small fleet of this niche product and the fact that the SubSonex is still a fairly new product with the first customer SubSonex coming to AirVenture in 2017.

After the airfield dodged a bullet with destrucive bow echo thunderstorms barely missing AirVenture to the West on Wednesday night, Bob and Laurie Carlton stunned AirVenture night airshow crowds again this year with Bob’s beautiful Fire and Lights night pyro performance on Thursday and Saturday nights. Thanks to Laurie as-always for all of her hard work racking pyro for both performances!

The Sonex/AirVenture 2021 commemorative T-Shirt was very popular during the show and were available for sale at the EAA Sky Shoppe. If you didn’t get your shirt or couldn’t attend this historic return of the show, you can still order online. Posters are also available!

Also missing from 2020 was a giant party (AirVenture) for John Monnett’s late July birthday, which we corrected this year with about 600 aircraft and hundreds of thousands of people in attendance. Happy Birthday John!

One Week Wonder!
Every EAA AirVenture Oshkosh show is itself a “One Week Wonder,” and the One Week Wonder aircraft project is set to return in 2022 as a Waiex-B Complete Airframe Kit! The Fun Meter on the shirt of EAA’s Charlie Becker was pegged as he officially announced Sonex Aircraft’s selection for the 2022 project. The planning is already underway as we work with EAA to coordinate the use of hundreds of AirVenture volunteers to build a Waiex kit in a single week, taxiing the aircraft by the closing day of the show and flying it just after the event. 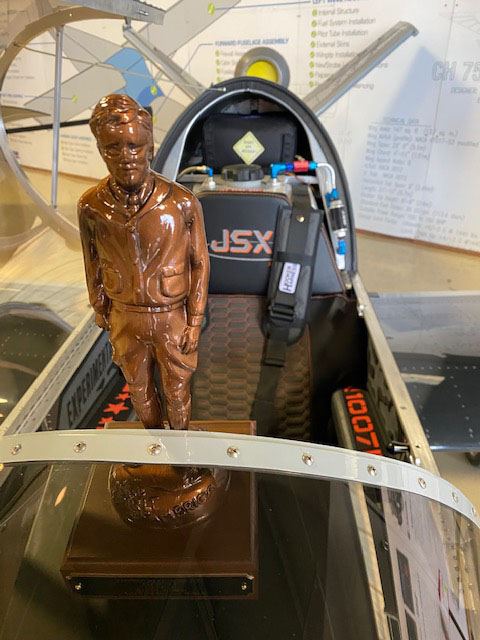 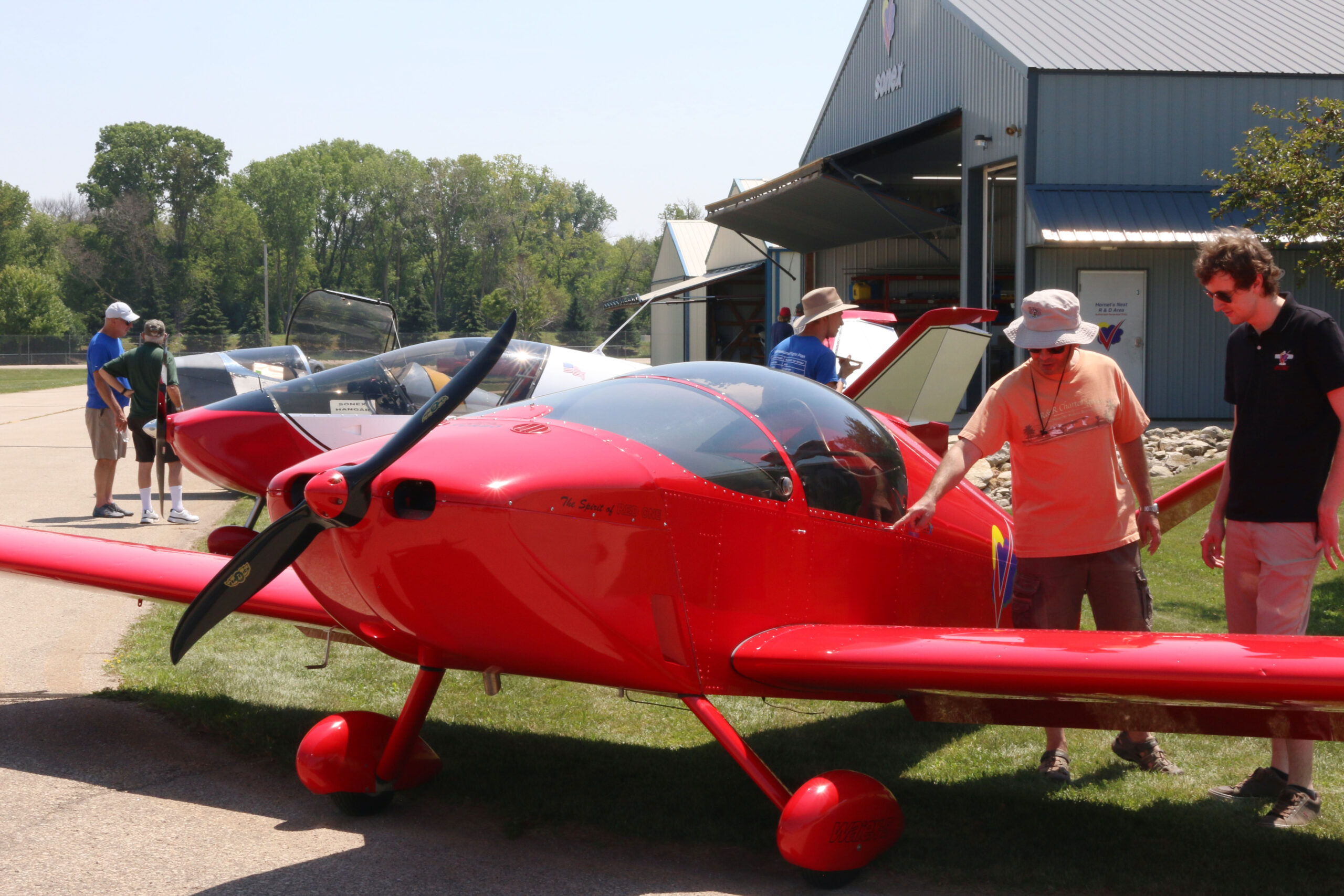 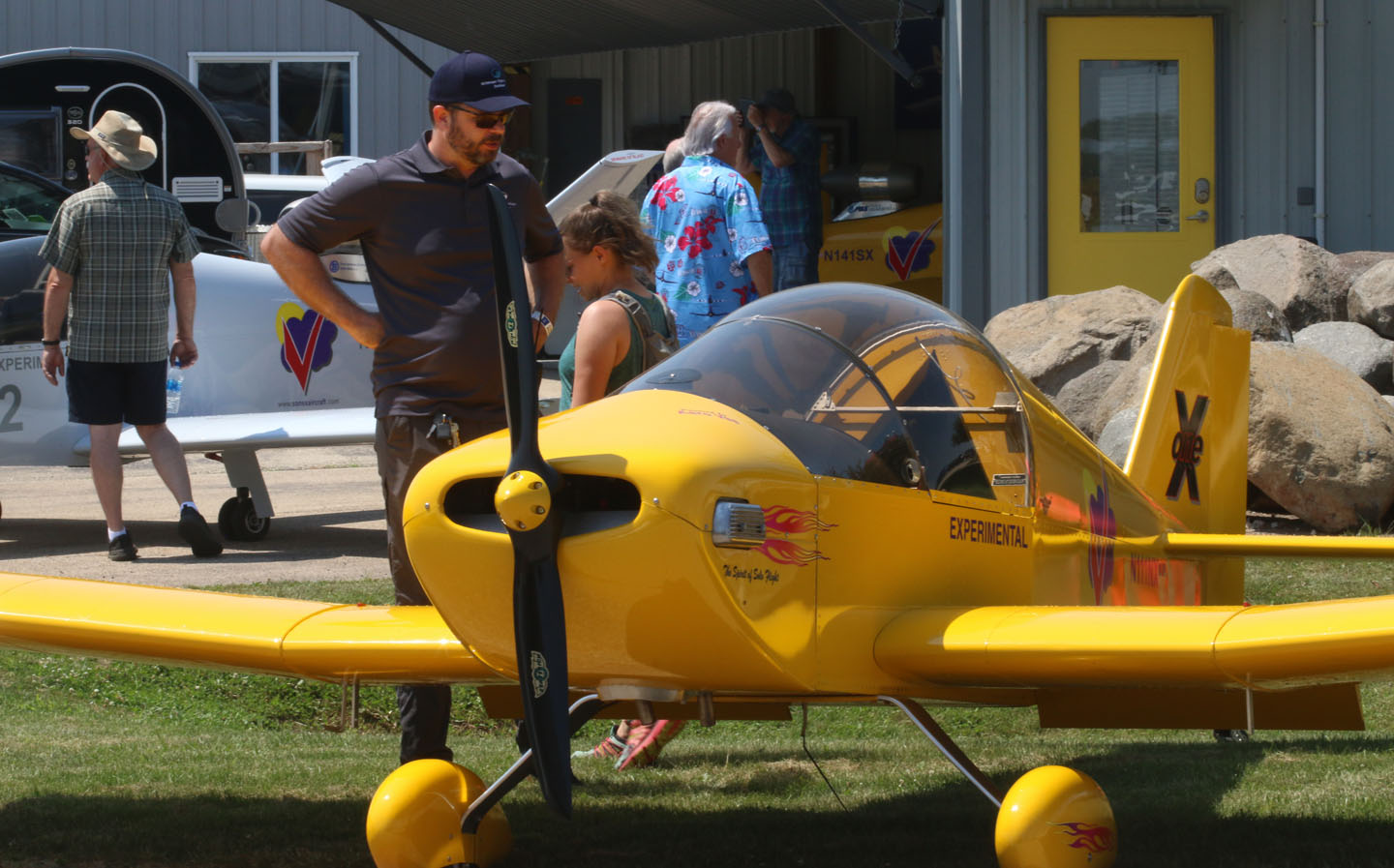 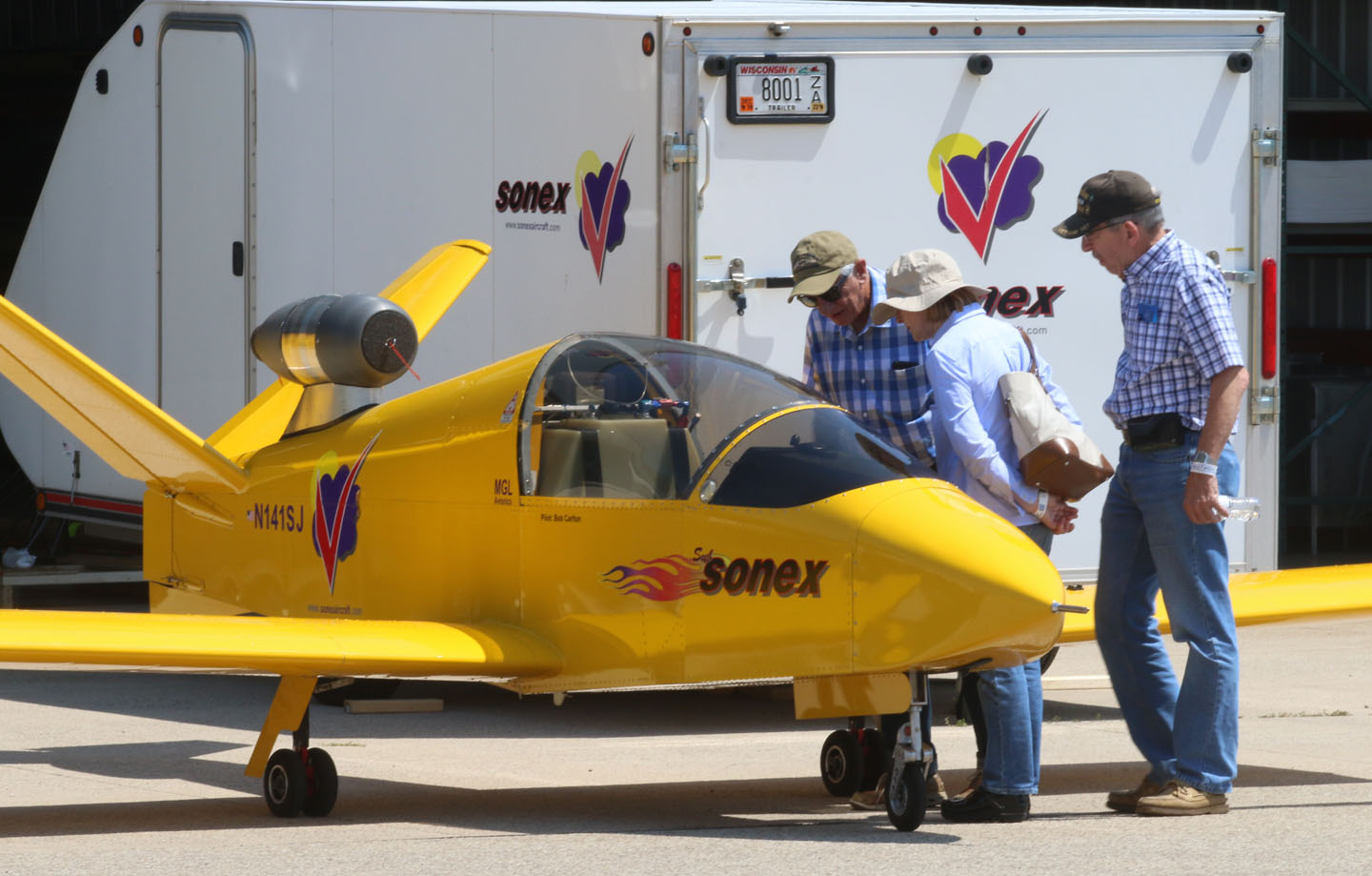 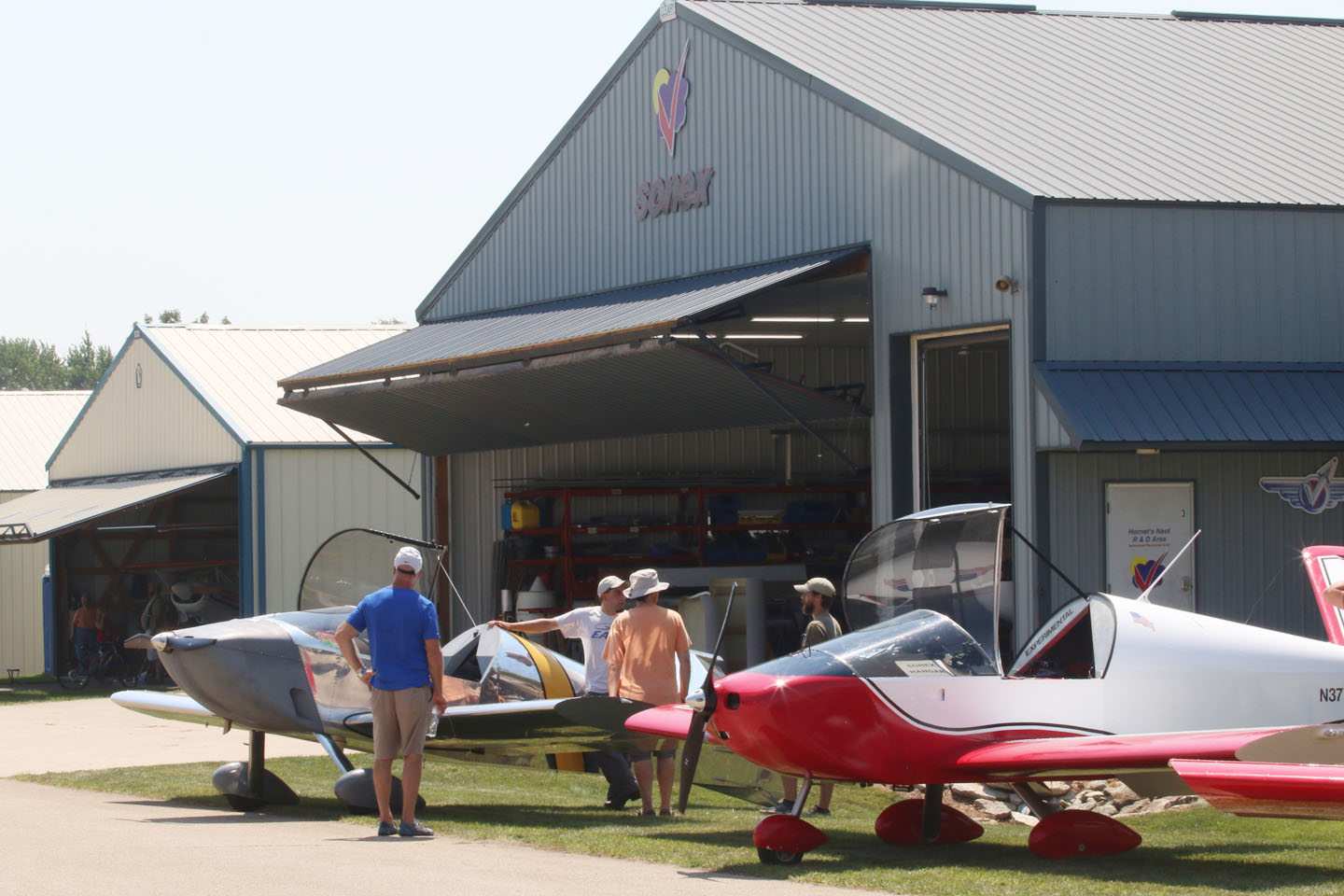 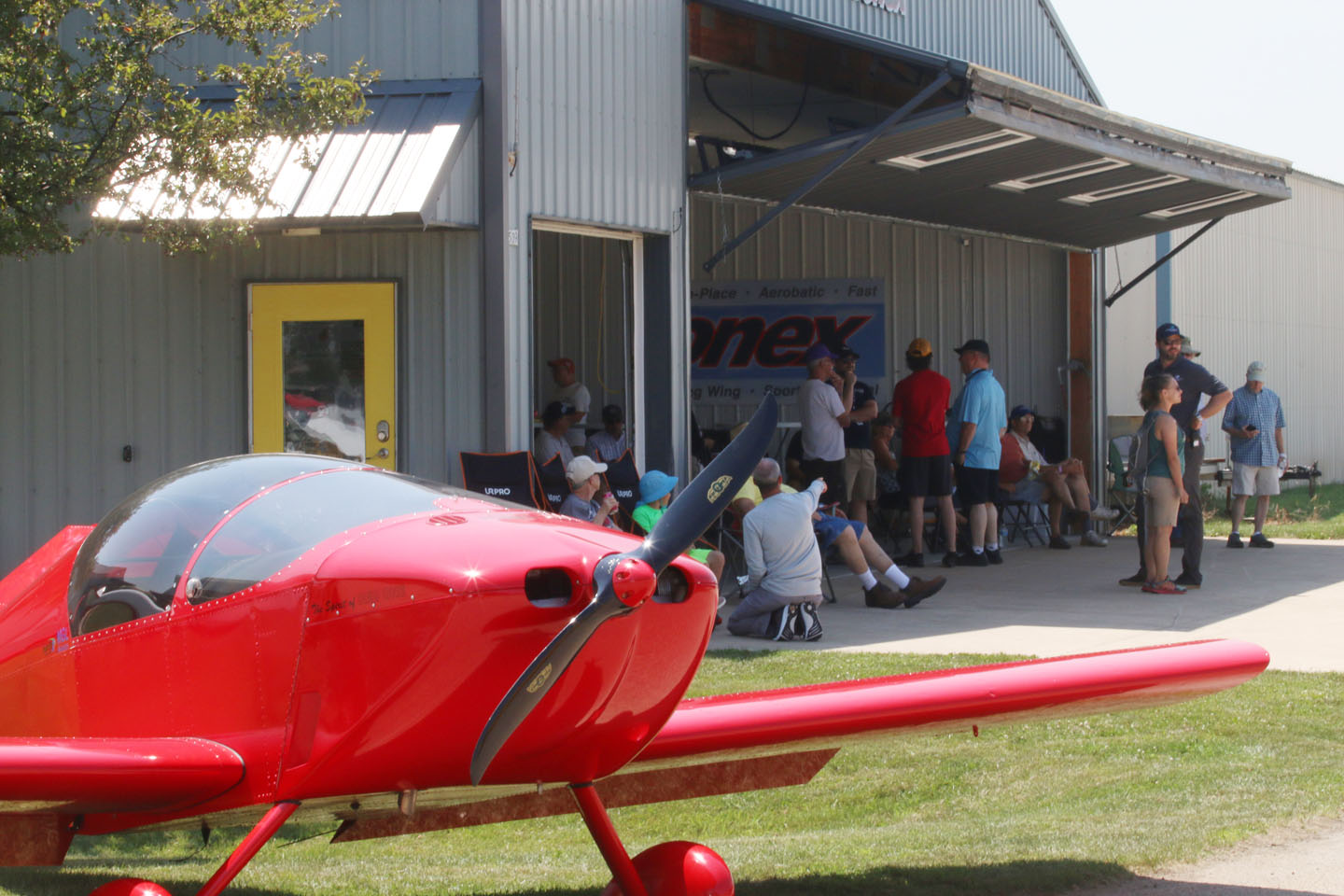 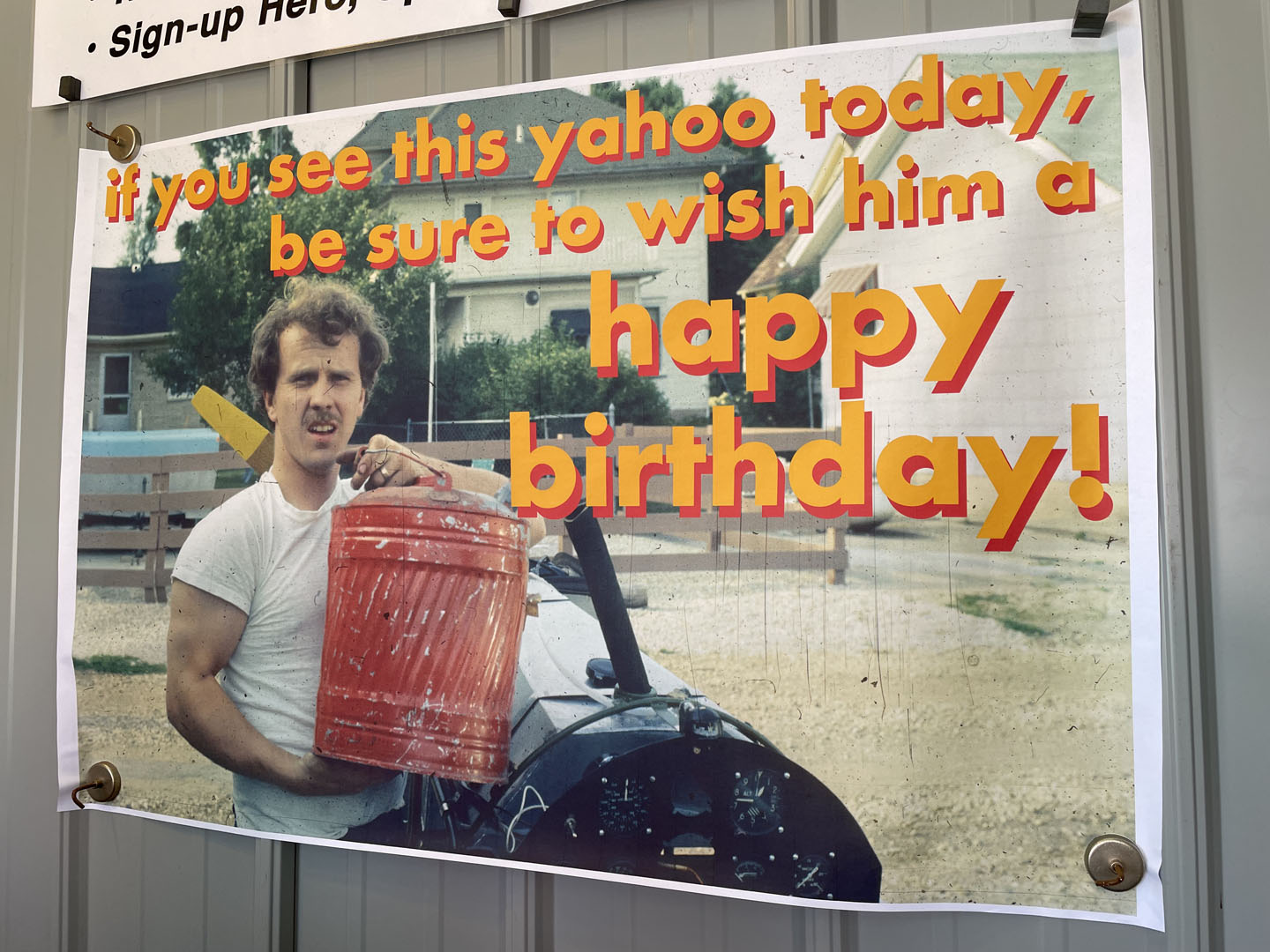 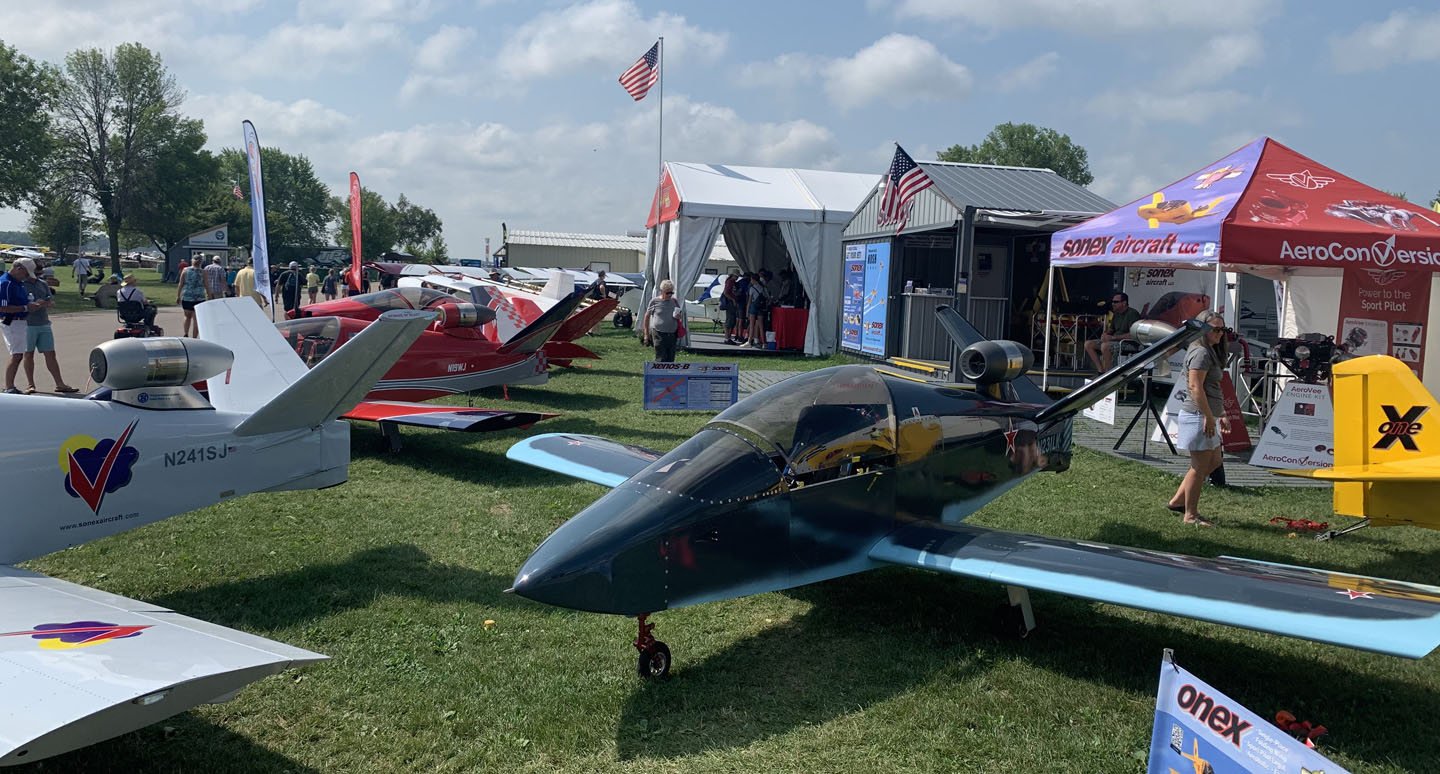 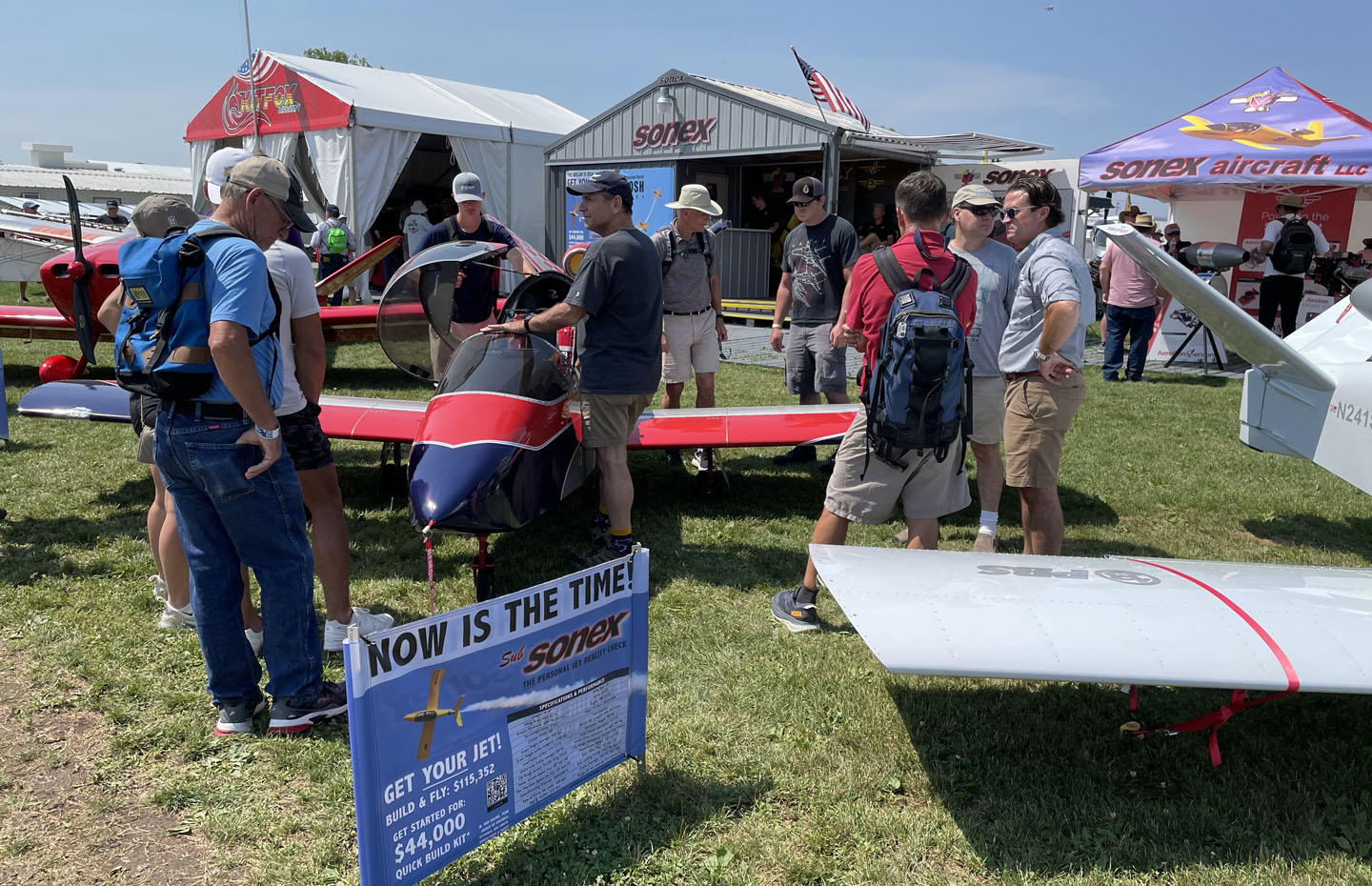 Get Your AirVenture Shirts and Posters! 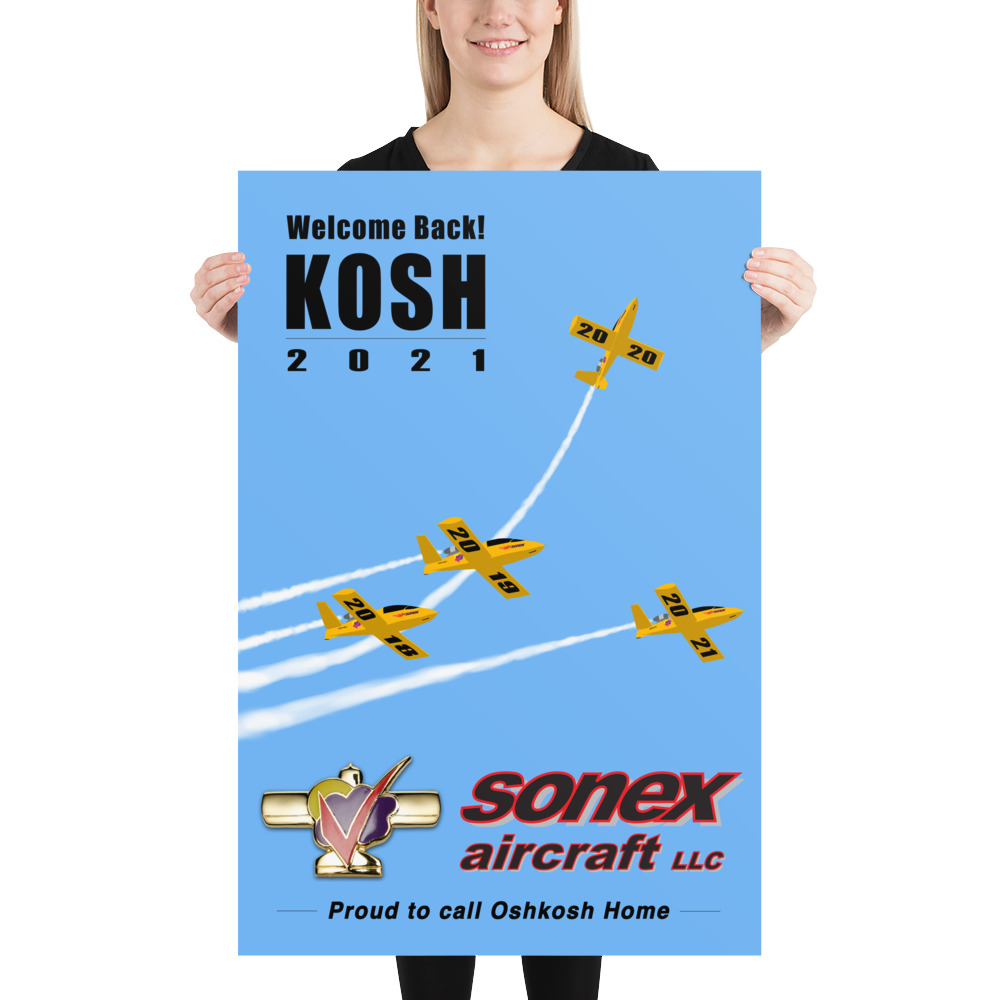