Gabe’s “Zaero” powered Xenos installation, consisting of a Zero Motorcyle fully-electric drivetrain and battery system modified by Gabe for aircraft use, is touted by Kitplanes as the first truly-practical and affordable electric-powered homebuilt aircraft and we agree! The Zaero powered Xenos “can carry two full-size adults and stay aloft for over an hour—more if you can find great lift!”

Through his new company, Flit LLC, Gabe DeVault will be providing motor mount/reduction drive units, throttle controllers and general advice to support other Xenos builders as-well as builders of other experimental aircraft types that can use this power package. Sonex Aircraft will also eventually be supporting builders with airframe battery/motor mounts for installation of the Zaero system on Xenos and Xenos-B Motorgliders. Note that Sonex Aircraft does not consider the Zaero electric propulsion system to be suitable on the Sonex, Waiex, Onex or Sonerai sport aircraft models. 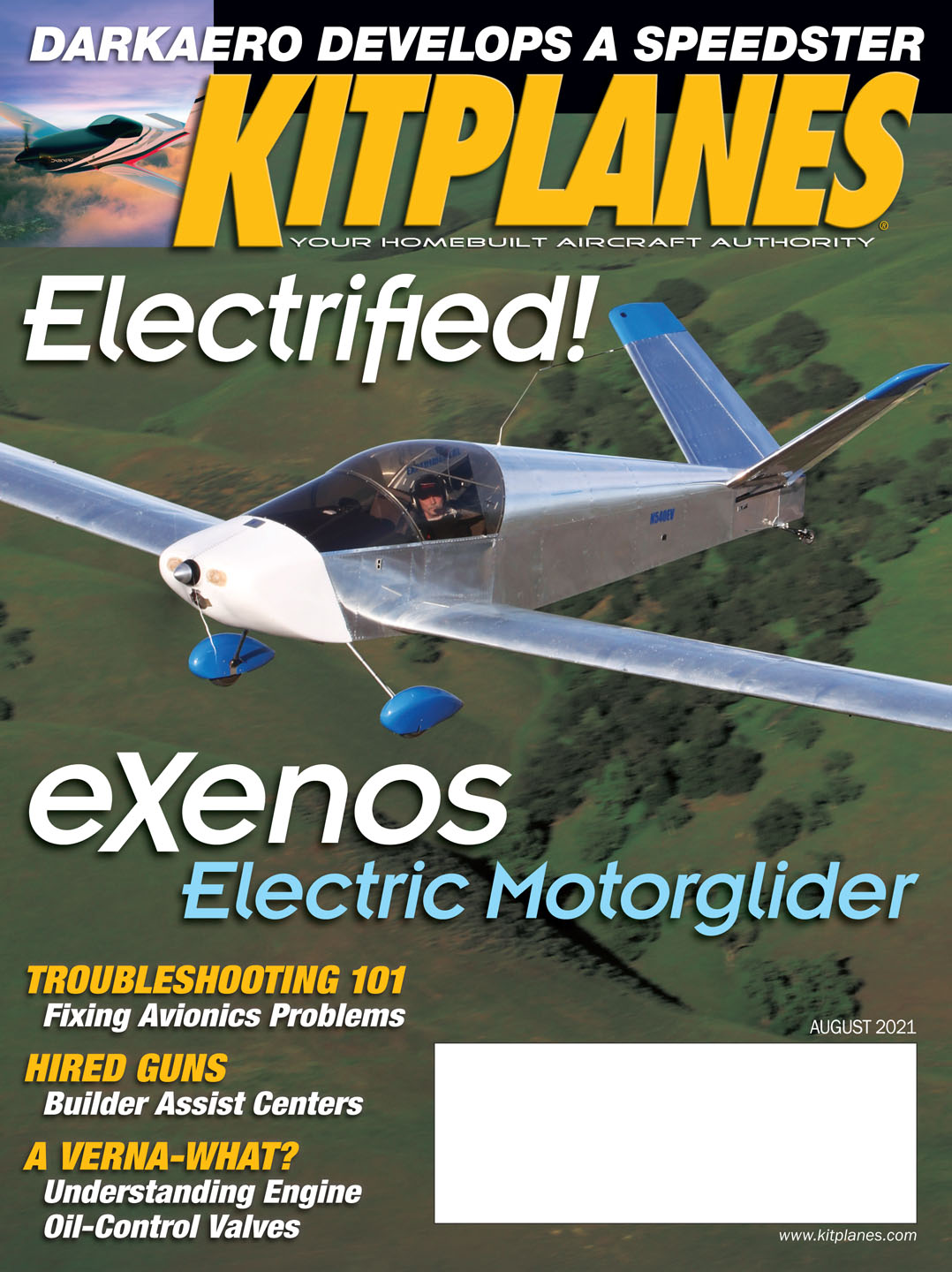 Kitplanes editor at-large Paul Dye is best-known in Sonex circles for his beautiful SubSonex Personal Jet, “Loki,” however, Paul and his wife are also building a Xenos Motorglider and they have elected to make the Zaero electric propulsion package installation in their own Xenos! Kitplanes readers and Sonex enthusiasts will be able to follow Paul’s installation via blog posts and videos, and his aircraft will receive the first-article battery/motor mount from Sonex Aircraft for testing. Keep-up with Paul’s e-Xenos build at www.Kitplanes.com

Learn More about the Xenos Motorglider!