Xenos Wing Static Load Test
The Xenos destructive test was completed last weekend. The wing passed with flying colors! Below are pictures and explainations at each stage of the test. Note that these pictures were taken before the load was released in each case, so the wing deflections are not depicted. This load test was filmed in its entirety with over a dozen witnesses.

We will now be moving forward with the construction of a prototype aircraft. The latest info will continue to be posted on this web site. 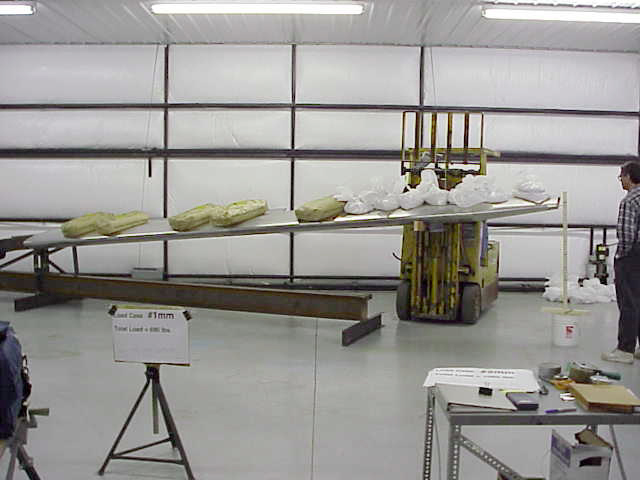 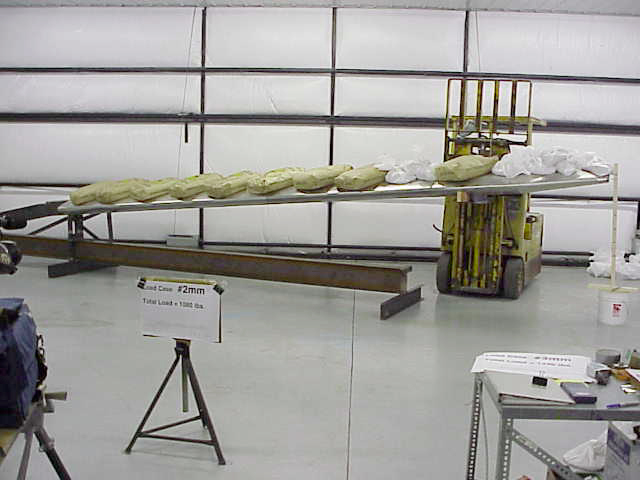 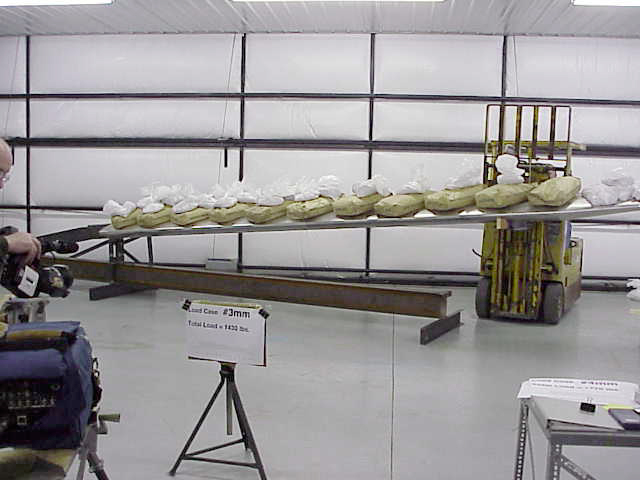 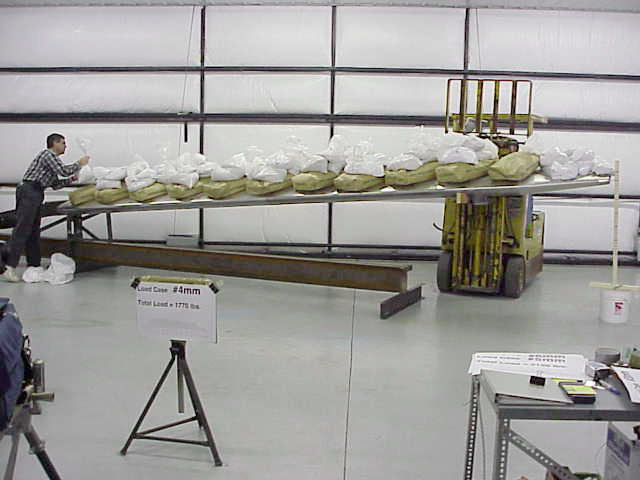 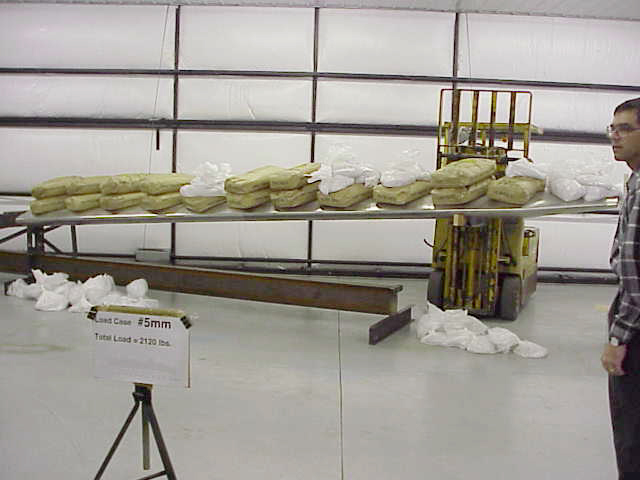 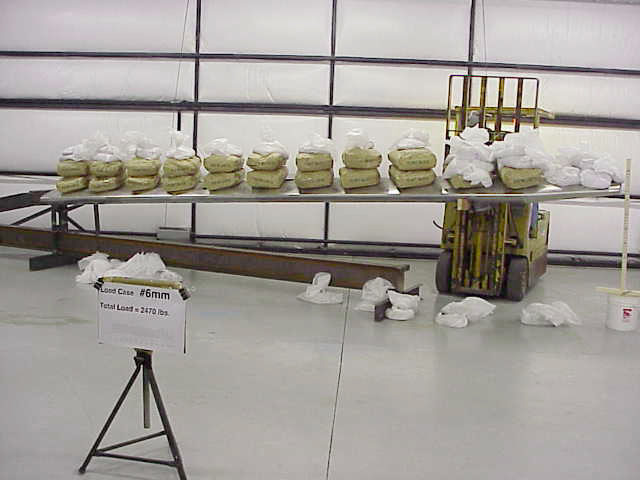 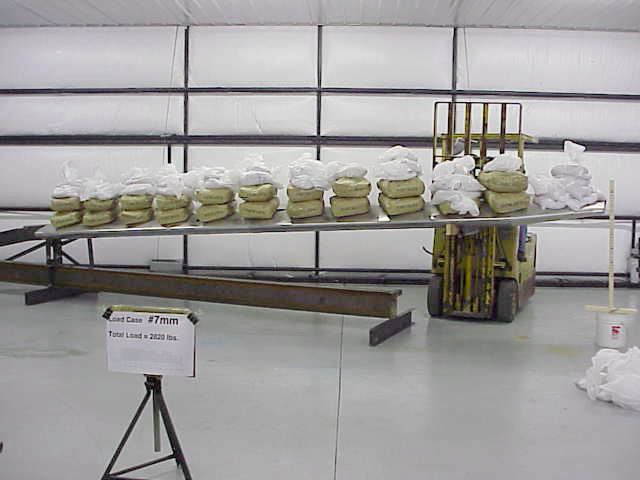 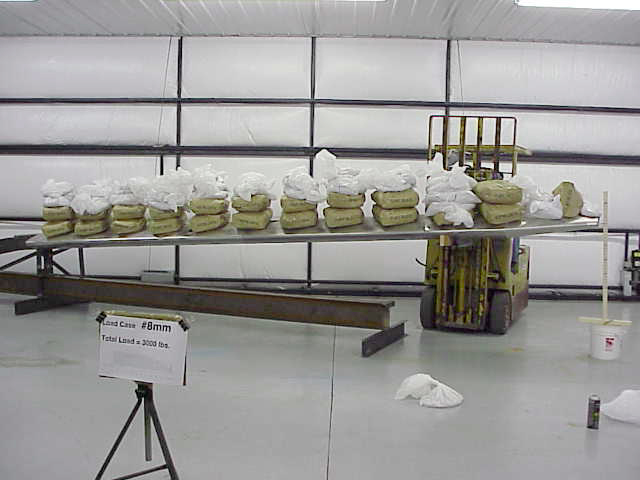 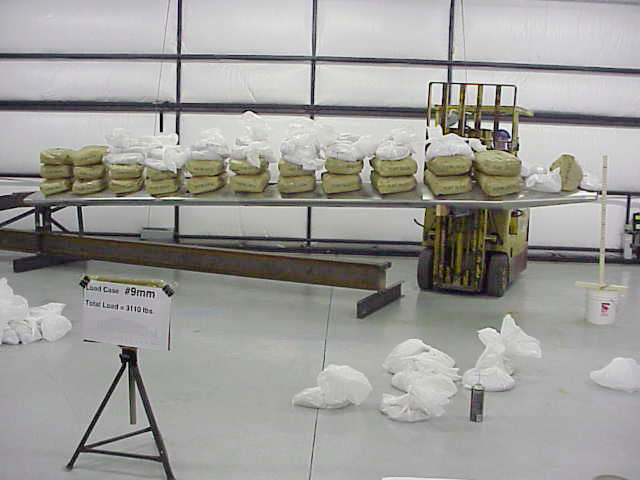 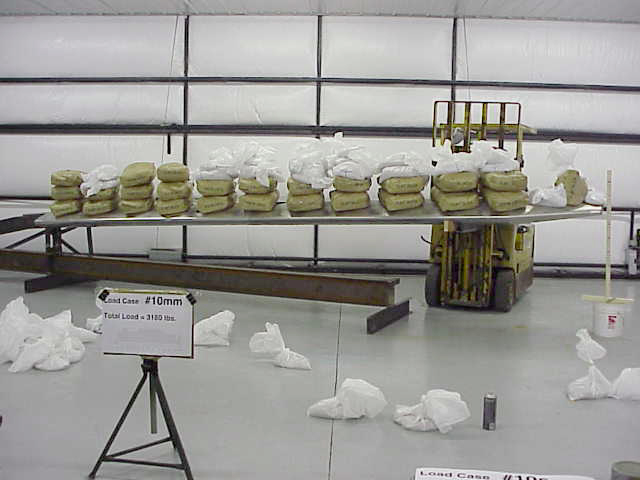 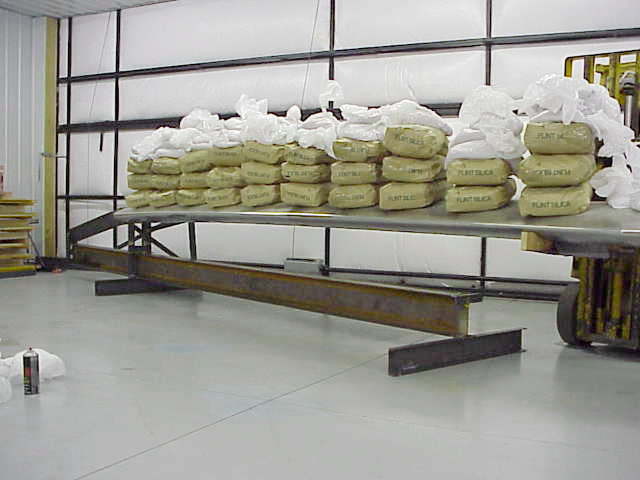 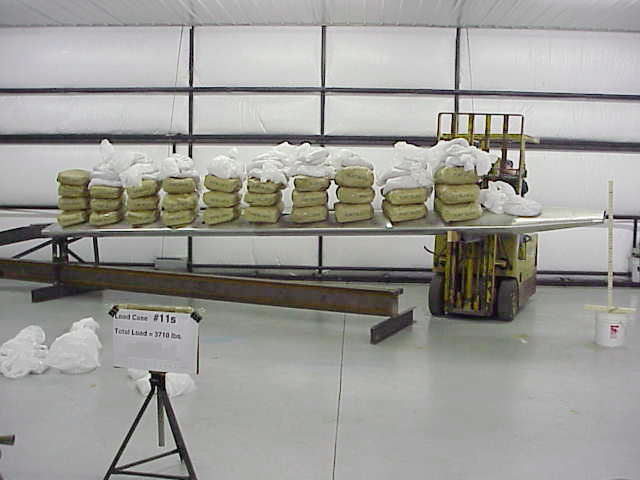 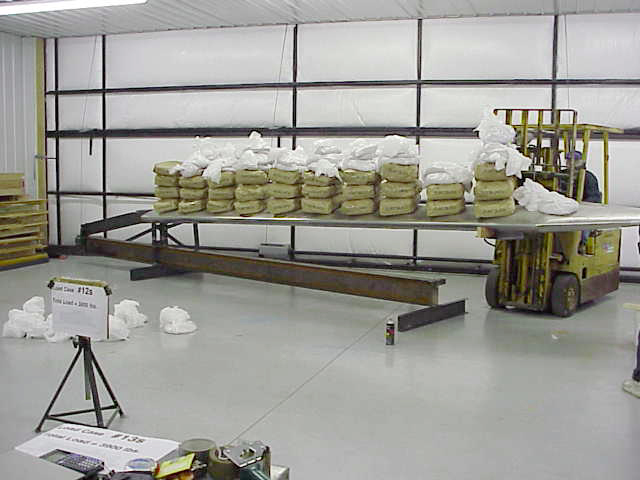 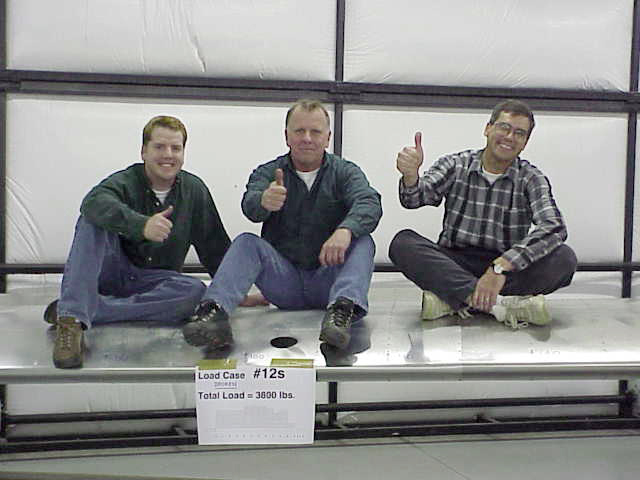 February 27, 2001
The Xenos test rig is complete. A full destructive test will be completed this weekend. 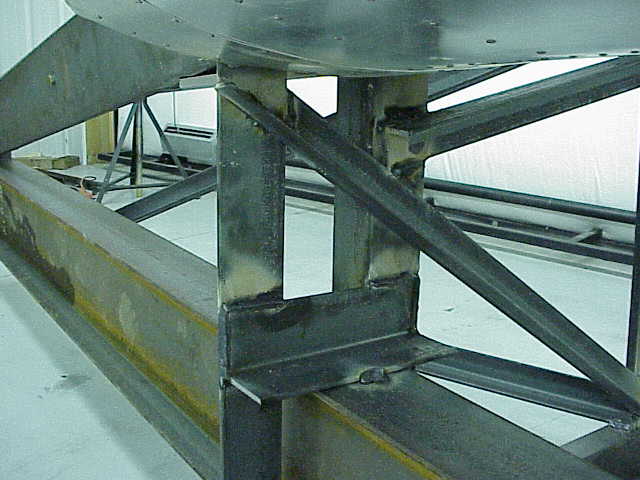 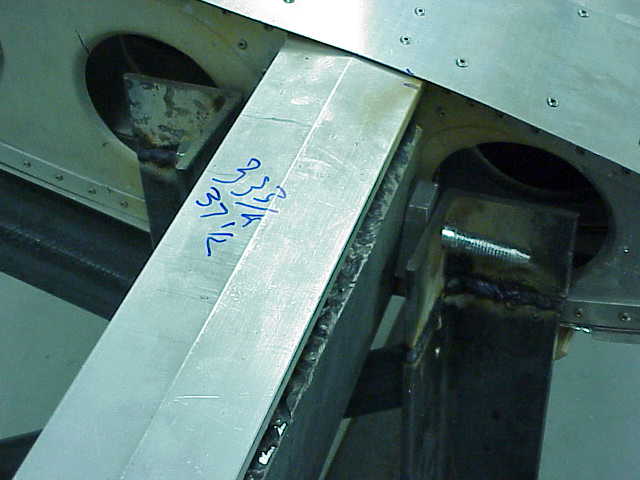 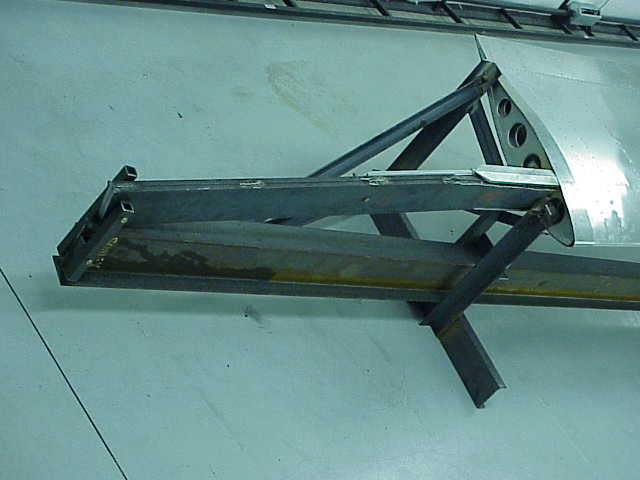 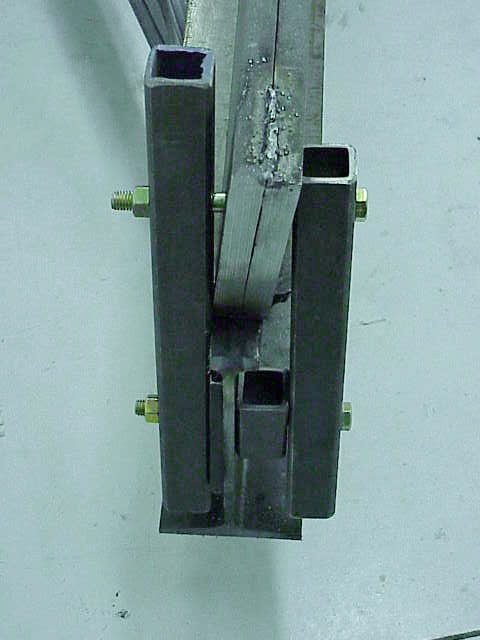 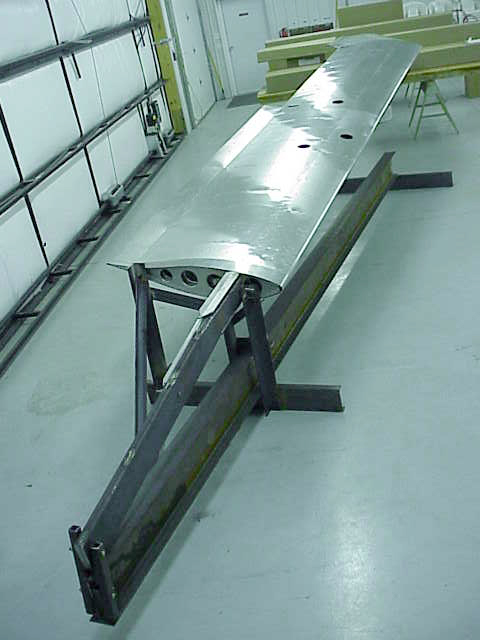 February 9, 2001
The Xenos test wing is riveted. The wing tip that will servie to test the utility configuration is shown below. 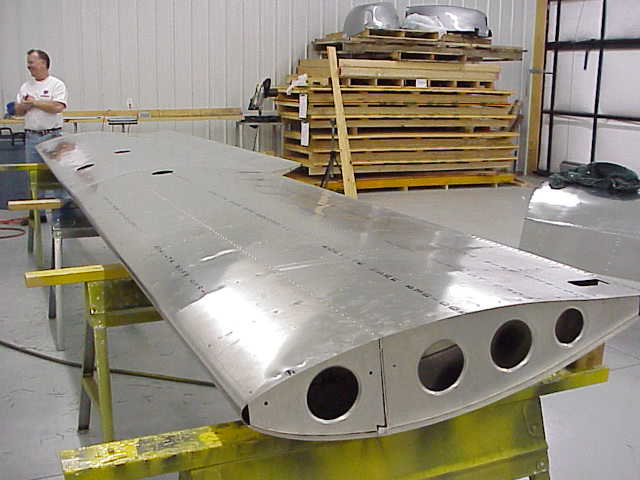 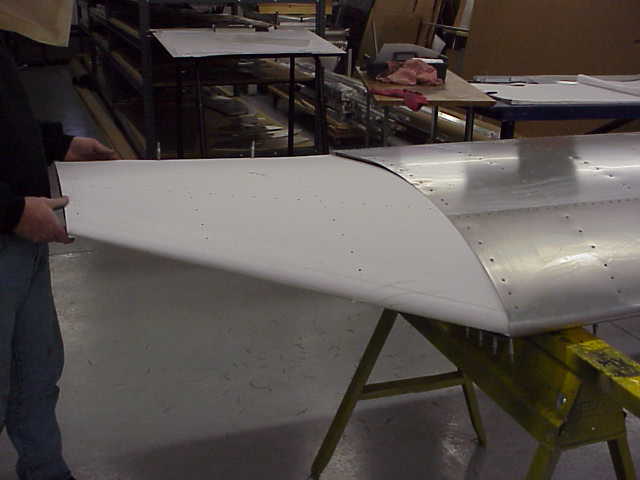