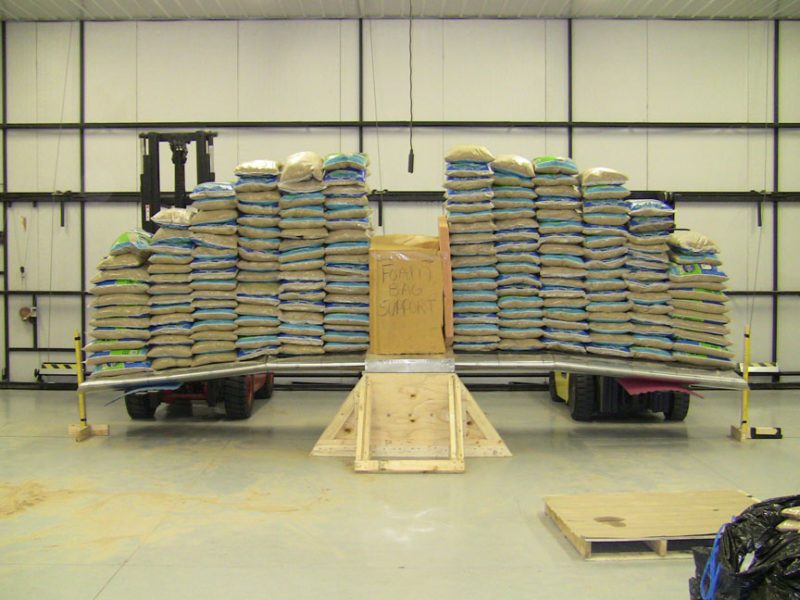 Sonex Aircraft, LLC recently conducted 3 structural load tests in the Hornets’ Nest Research and Development center. The wing structures of both the Onex and SubSonex (JSX-1) aircraft designs, along with the Onex horizontal stabilizer, all underwent static load testing using procedures prescribed by FAR part 23. Note: the SubSonex tail structure was not tested due to its similarity to previously-tested Sonex, Waiex and Xenos structures.

All 3 of these tests involved the meticulous loading and unloading of 50 lb sand bags and 7.5 lb lead weights in several pre-determined “load cases.” While loaded, the wing/tail tip deflections were noted. While unloaded, the tips were measured to confirm they returned to starting positions showing that no permanent deformation occurred, and the structures were thoroughly inspected for damage between cases.

The Hornets’ Nest R&D team is extremely pleased with the results of these tests as they confirm all 3 of these structures exceed the calculated design criteria. Although kit aircraft in the United States have no requirement for static load testing per FAR part 23, or any other standard, Sonex Aircraft maintains a commitment to thorough engineering and testing in the design of all airframes. Sonex Aircraft load testing has proven our designs to have a wide structural safety margin, and these new aircraft designs will benefit from the same design tradition.

EAA’s Manager of Electronic Publications, Fareed Guyot, was on-hand to witness some of the early rounds of testing, and published an article on EAA.org

Onex Prototype Construction Continues:
The #1 Onex prototype nears completion, and Sonex Aircraft expects airworthiness inspection to occur within the next 4-8 weeks. Once inspected, Mother Nature will unfortunately play a major role in determining a flight test schedule in the midst of our Wisconsin winter conditions. The #2 Onex prototype, a tricycle-gear version, is also progressing. Major wing sub-structures have been complete for some-time, and major fuselage structures are currently taking shape. 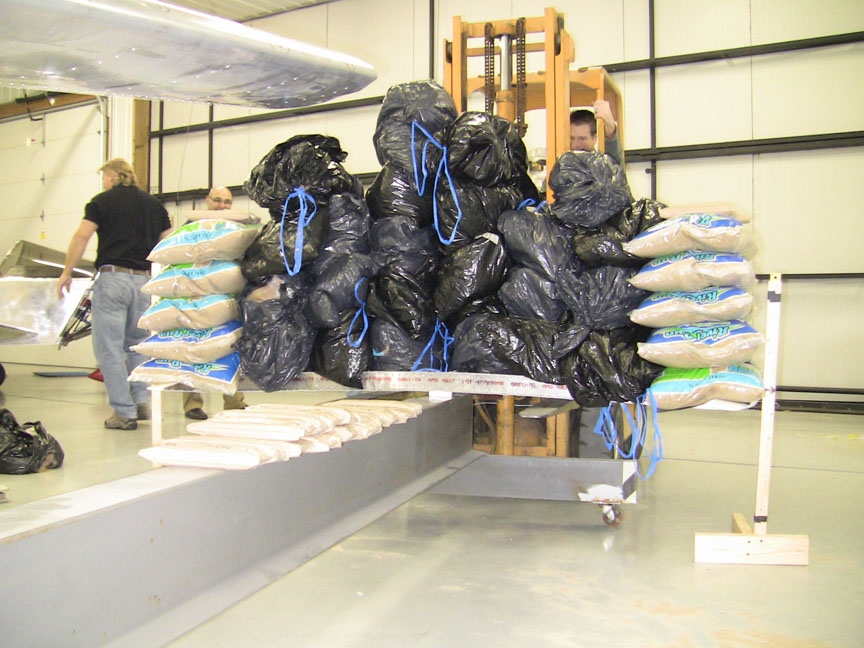 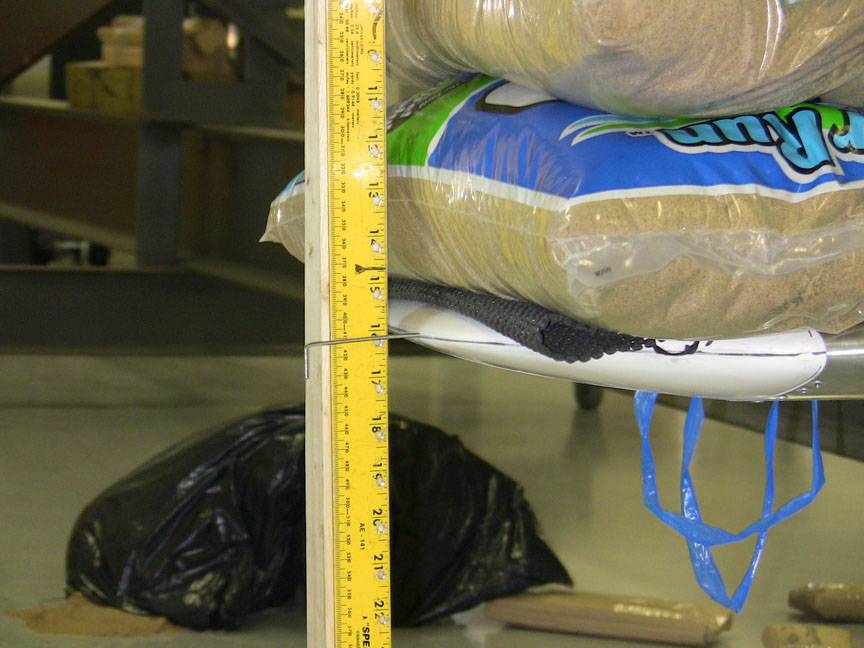 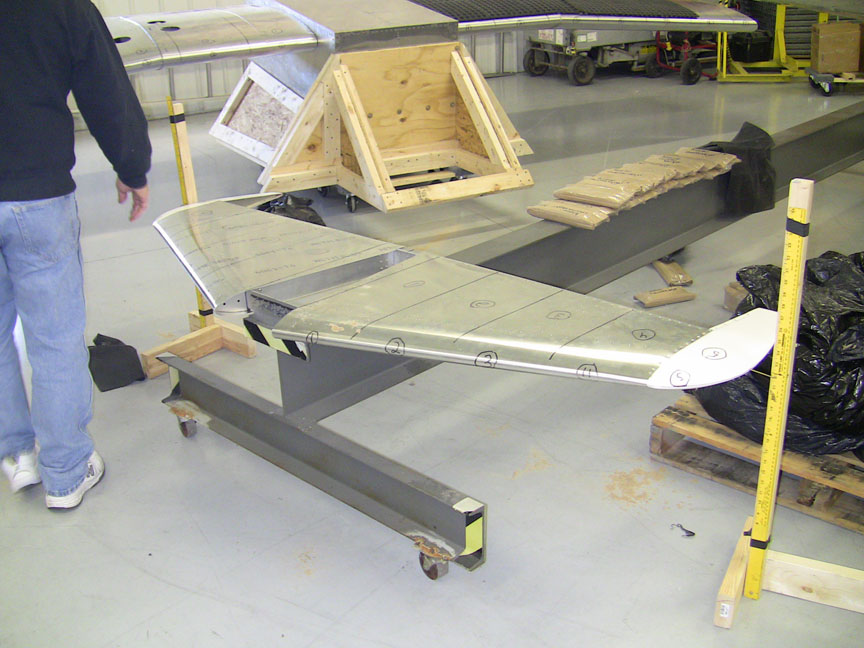 Unloaded structure inspection shows tips have returned to their original position and no permanent deformation has occured. 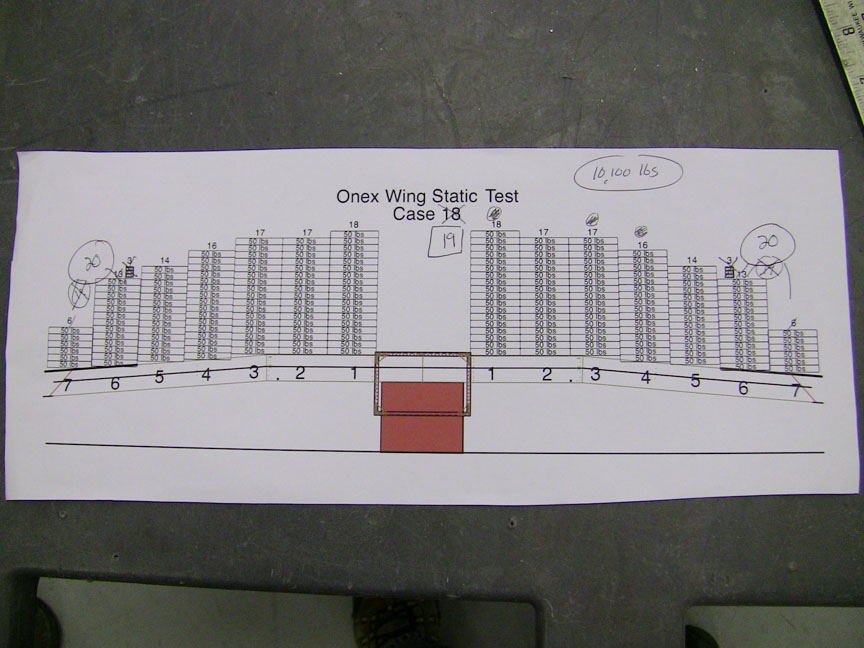 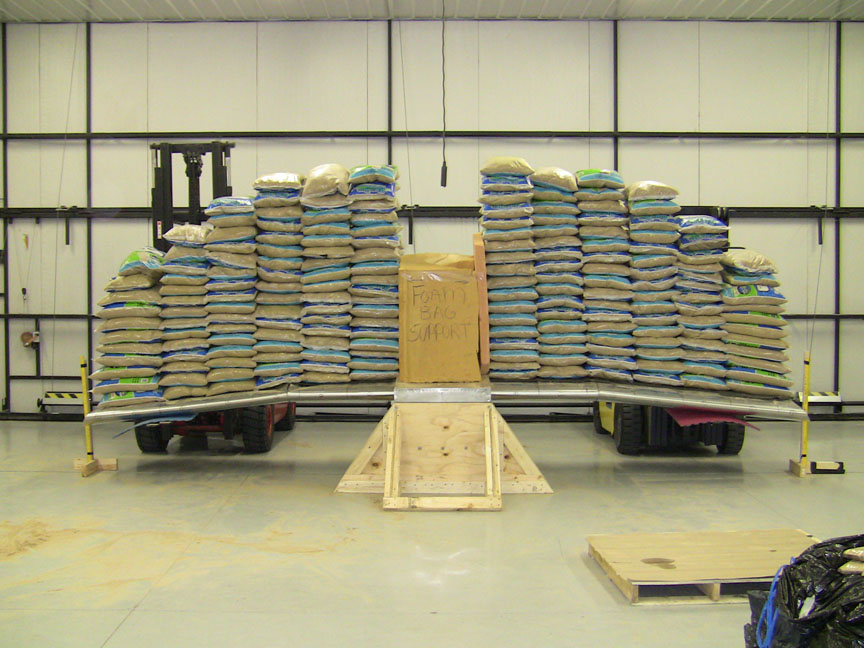 Sand loaded for case 19 prior to release of fork lift supports. 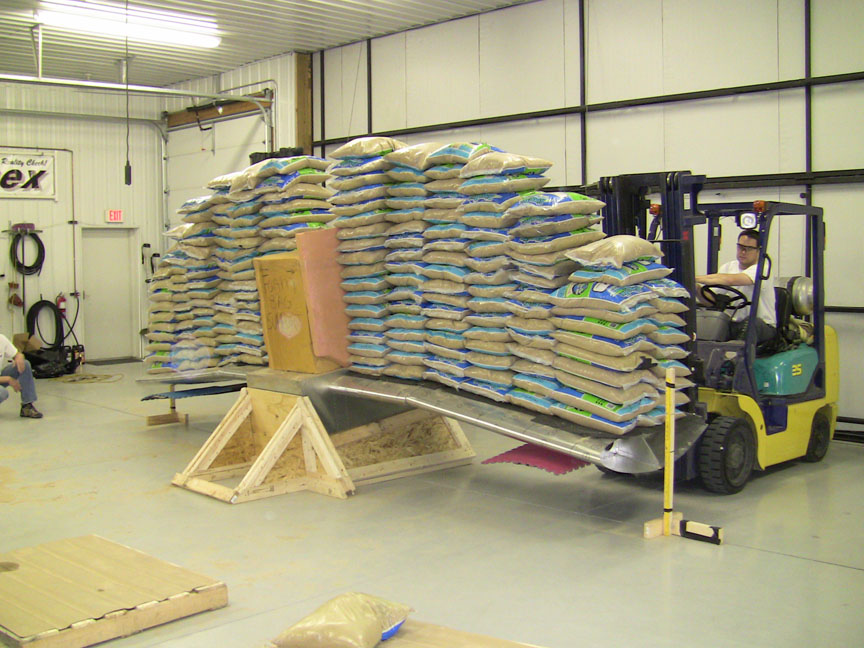 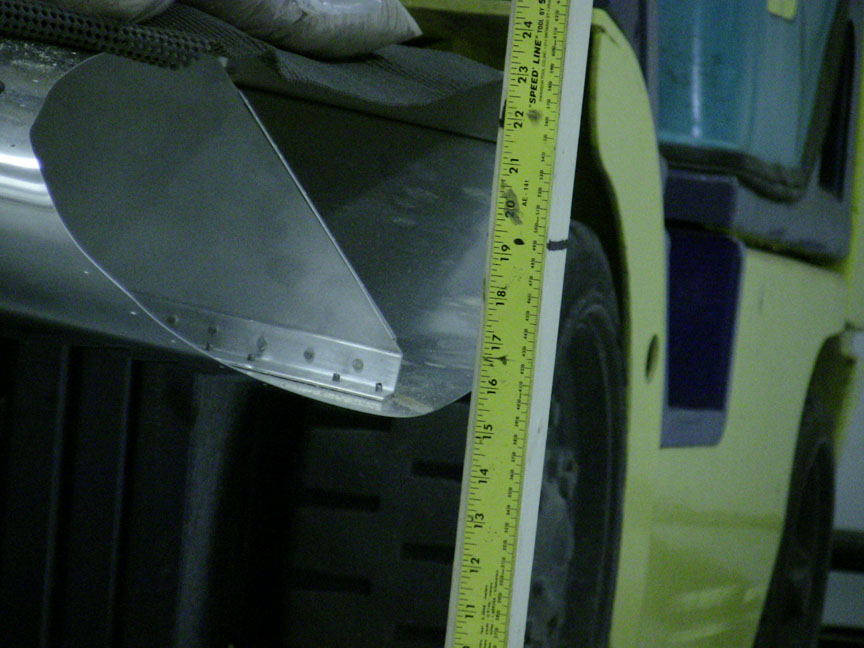