The Hornets’ Nest R&D team continues work on the Onex following a very successful debut of prototype #1 at EAA AirVenture Oshkosh 2010. AirVenture presented a perfect opportunity to have prospective customers of all sizes and shapes try on the Onex prototype and its preliminary cockpit layout. After having a few tall individuals (taller than 6 foot 2 inches) try on the cockpit, it became clear that changes should be made to improve knee room. Headroom was not a problem and feedback we received indicated that a more upright seating position would be preferred. This led to changes in the fuselage sides and floor, effecting seating geometry, which are now installed on prototype #1. 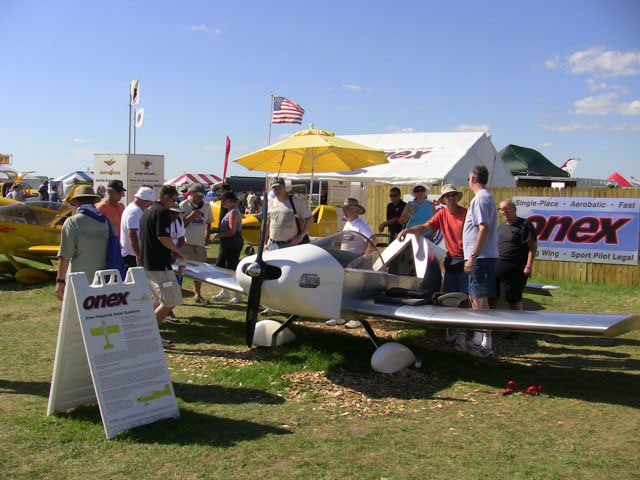 As a result, the Onex will be able to accomodate an even wider range of pilots. Our “before” and “after” pictures below, showing 6’1″ tall, broad-shouldered Sonex friend JT Meidl illustrates the success of the seating configuration changes. With more flattened leg geometry in the seating, the Onex should be able to accomodate folks even taller than JT, depending on their individual body geometry. With a 31″ inseam, JT’s body geometry is taller in the torso, and he has plenty of room between his feet and the firewall, while still having adequate head clearance of the projected canopy profile. The Onex rudder pedals will be configured such that Onex builders can vary their distance from the firewall to suit their leg length. The images below of 6′ tall Sonex employee Kerry Fores illustrates head, knee and leg clearances with a 34″ inseam.

The change in seating geometry also allowed the instrument panel to be moved closer to the pilot, allowing easier reach of panel-mounted controls and easier reading of instrumentation. As an added benefit, this change in instrument panel position has allowed a 1 gallon increase in fuel tank capacity. The new 15 gallon Onex fuel tank, combined with the smaller, lower-drag airframe crossection, promises to ensure the Onex a range equal to or greater than that of our current Sonex and Waiex airframes.

Load Testing Planned to Commence Soon:
Construction of a set of Onex test wings has been completed, and FAR Part 23 load tests of the Onex wing and tail structures are planned to commence once test fixturing has been constructed. Being a carrythrough spar design, the Hornets’ Nest design team plans to load test the entire span of left and right wings, mounted to the fuselage center section, in order to ensure valid test results. This will require different fixturing to hold the fuselage center section during the load tests vs. the fixturing previously used to test Sonex, Waiex and Xenos wings. 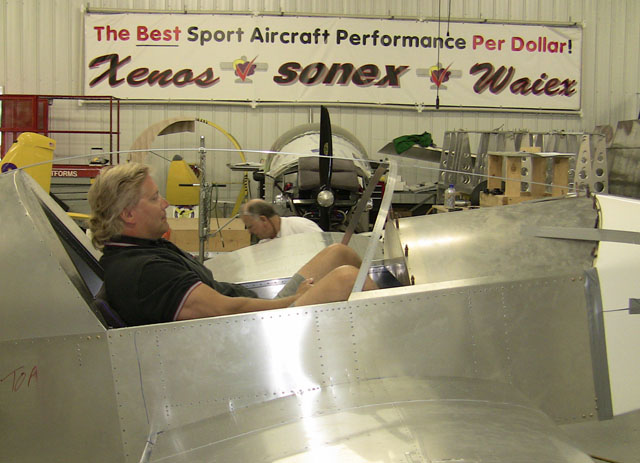 Before: JT’s 6’1″ frame fits in the Onex, but his knees are very high. Many taller individuals trying the airplane on during airventure had their knees in contact with the panel.

Although there are no requirements in the kit aircraft industry to perform load testing, or to conform with any government design standards, Sonex Aircraft are all designed and tested per FAR Part 23 standards. Sonex Aircraft load testing has proven our designs to have a wide structural safety margin, and the Onex will benefit from the same design tradition. 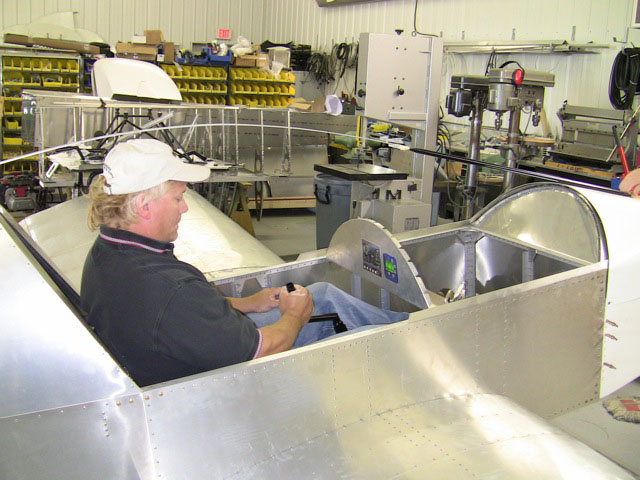 After: JT still has the same amount of headroom, but his legs are now lower, and straighter allowing his knees to clear under the panel. 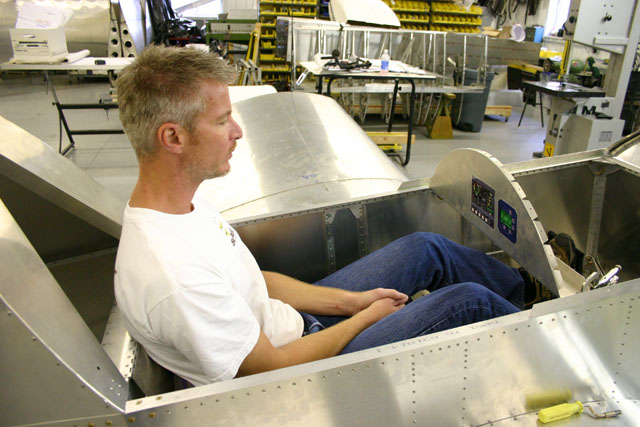 After: Kerry, with a longer 34″ inseam, also has similar leg clearance with knee room to spare. 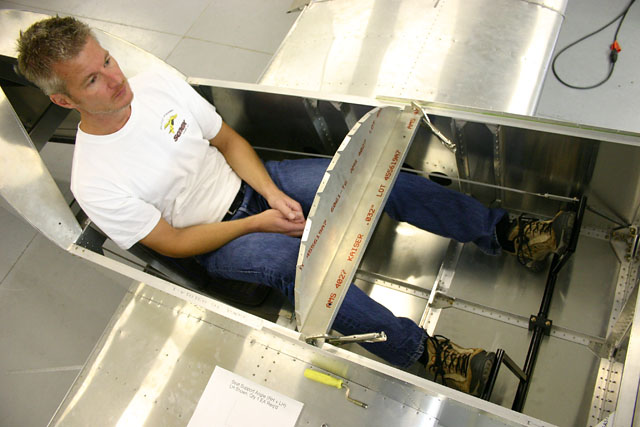 After: Kerry has plenty of room between the rudder pedals and the firewall. The left rudder pedal is deflected fully forward. Builders may vary the installation position of their rudder pedals to suit their leg length. 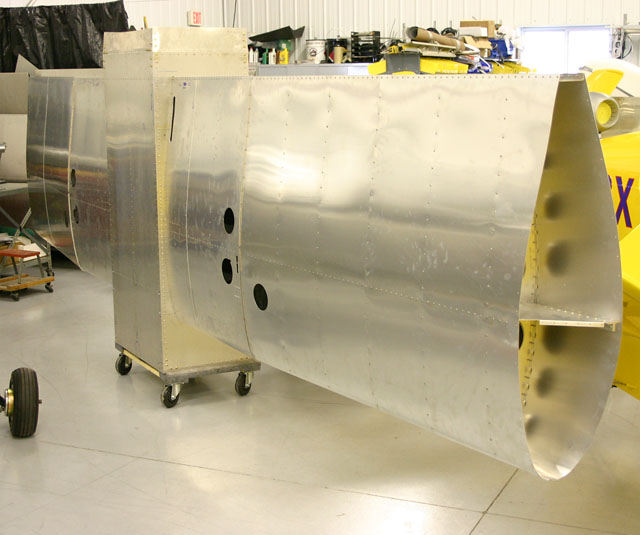 Onex test wings are ready for load testing as prescribed by FAR Part 23.