The Hornets’ Nest R&D team has been continuing to work extremely hard on development of the Onex single-place, folding-wing, aerobatic sport pilot aircraft. Much work has been done on both #1 (tail wheel) and #2 (tri-gear) prototypes, and many hours of flight testing have been accumulated on the #1 prototype to-date:

Updated Onex Specifications:
The original specifications estimated for the Onex at the project’s inception and published when the aircraft was originally announced in 2009 have changed a little through the design, prototyping and test flight process. We have now published an updated set of Onex specifications, which can be found on this page (at right), and on the Onex homepage. Note that cruise speed, range, and rate of climb is not published, as more flight testing, data collection and processing needs to be completed before making final determinations of those performance numbers.

Airspeed Calibration Flights:
A series of airspeed calibration flights are being conducted using a trailing alternate static source probe to reduce typical pitot-static system errors. Most pitot-static system errors result from unreliable or inconsistent static source pressures inherent in all aircraft static port designs. The only truly reliable way to measure static pressure is with a trailing static probe. This probe consists of approximately 75 feet of tubing with a cone attached at the end (a simple plastic funnel in this case) that is towed behind the aircraft in-flight. Static port holes are made in the tubing a few feet forward of the cone, and the pressure wave created by the cone ensures that the static port holes are sampling truly ambient air.

The images below show the tubing and cone, as well as a changeover valve installed in the Onex cockpit to allow the aircraft’s instrumentation to read both the standard static source (provided by the wing-mounted pitot-static probe typically used on all Sonex Aircraft), as well as the highly-accurate trailing alternate static probe. These tests are being conducted at slow speeds to evaluate the stall envelope of this new airframe, and in typical cruise configurations to evaluate pitot-static error at higher speeds. The video below shows some of this testing.

Onex Wing Tip Design Change:
As we’ve finalized the Onex design and conducted some of the airspeed calibration tests referenced above, we’ve determined that the final weights were limiting the pilot weight to 175 lbs to still be sport pilot compliant. We recognize that 250 lb individuals still want to be able to fly a Onex as a Sport Pilot. In order to make this possible, we’ll be providing a large fiberglass wing tip as standard equipment. Depending on the desired payload and whether you want to fly as a Sport Pilot, you will be able to build the Onex with either the original 18’ 9” wing span, or increase it to 20’ with the supplied wing tips. Note: these new wing tips will be easily removable for those who need to fit the aircraft in a 7’ tall garage door opening, or have limited clearance in an enclosed trailer.

New Canopy and Seat with More Headroom:
Onex prototype #1 has been fitted with a new seat installation and canopy to further increase pilot headroom. Earlier this year, 6′ 5″+ tall aviation journalist Scott Spangler successfully fit in the aircraft (images below), size 15 shoes and all. His long inseam dimension of 38″, however, showed that the Onex only had enough headroom for slightly-above average torso lengths. The new lowered seat installation and larger canopy (see “before” and “after” images below) has given the Onex an additional 2.5″ of interior headroom. There’s no such thing as “one size fits all” in aircraft design, but these new Onex cockpit mods will help ensure that the aircraft can accomodate the widest range of pilot heights possible.

Onex Prototype #1 Gets a Paint Job:
Onex prototype #1 received a paint job in late March, and the sleek lines of the aircraft can now truly be seen. Check-out the pictures below!

Baggage and Instrument Panel Details Available:
We’ve received several requests for more information about Onex instrument panel dimensions and baggage capacity. Two PDF drawing images are available for download below, one illustrating panel space and clearances behind the instrument panel, with the other drawing showing the proposed Onex baggage sling upholstery design. The Onex will have a similar baggage arrangement to the current line of Sonex Aircraft, with the entire area between the seat back and the first fuselage former bulkheads available for baggage. The drawing below shows a baggage sling that hangs below the top of the seat back by approx. 11 inches, however, Onex pilots may alternatively load baggage all the way to the fuselage floor, as long as no interference with the elevator push rod occurs. Weight in the Onex baggage area is limited to 20 lbs. 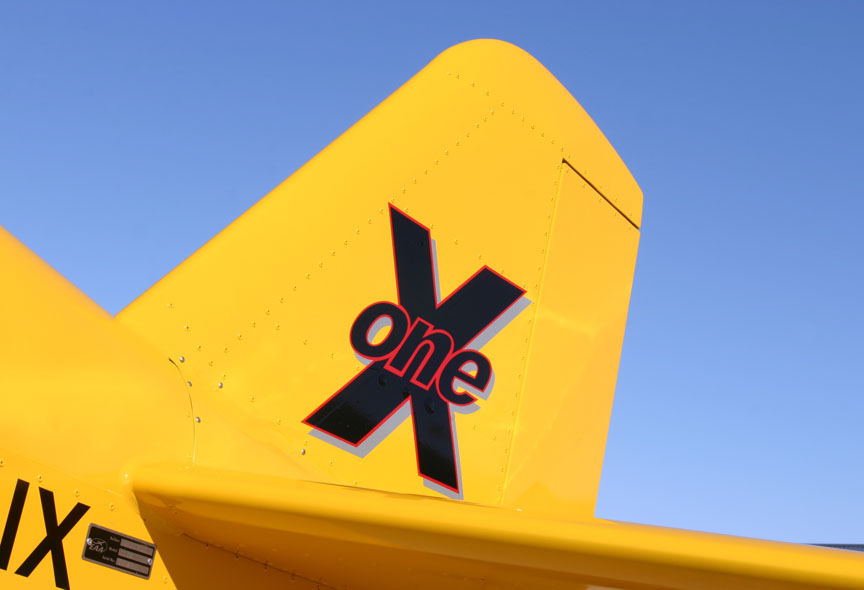 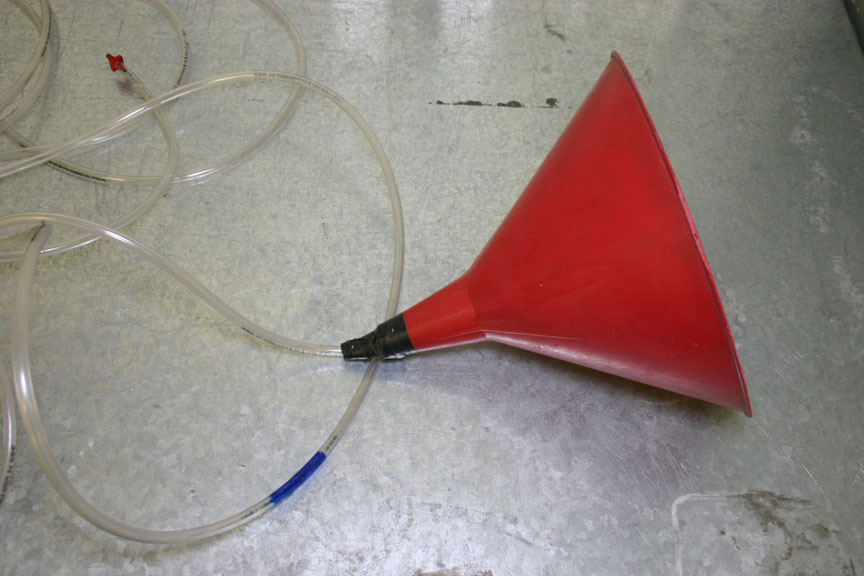 The trailing alternate static boom simply consists of 75 feet of clear tygon tubing and a funnel. The blue-highlighted area of the tubing locates the static port holes. 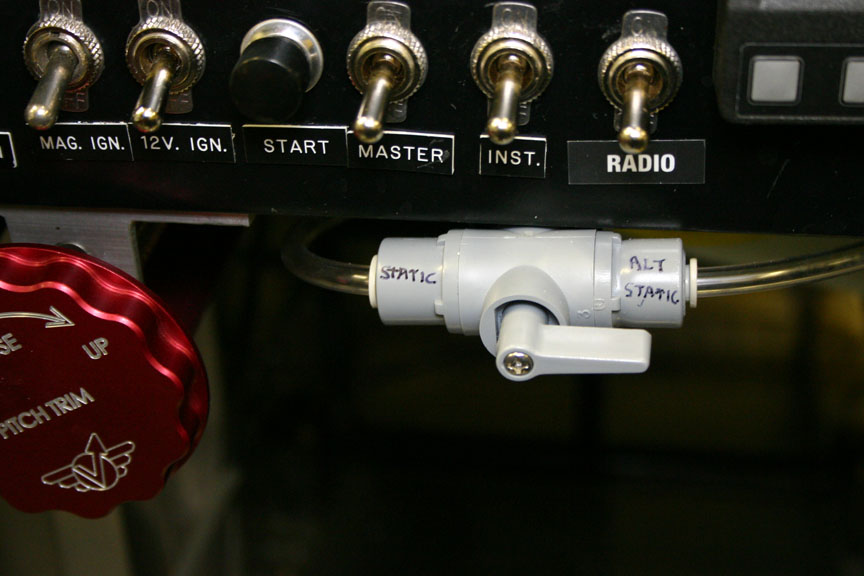 Onex Kit Reservation Deposits, Kit Production, and Pricing:
Since announcing the availability of refundable Onex Kit Reservation Deposits on March 15th, we are excited to report that a total of 83 kit reservations have been made by prospective Onex builders to-date! This significant number of kit production slot reservations has helped the Sonex team negotiate initial pricing with vendors and plan the Onex kit production schedule through year-end. We are working hard to meet the goal of shipping Onex Complete Airframe Kits and major Sub-Kits by mid-year. As previously stated, Tail Kits are expected to ship even sooner.

The Onex Complete Airframe Kit and Sub-Kits will be the most advanced kits ever produced by Sonex Aircraft, LLC. The biggest differences between the Onex kit and current Sonex Aircraft kits is the use of more laser-cut parts, formed parts, and machined parts. Some specific examples of these parts are the tail ribs and fuselage channels traditionally fabricated from pre-formed channel stock in our existing kits. In the Sonex, these parts must be cut out and the ends bent from 8 foot long z-channel blanks. In the Onex, we plan to offer those parts cut to length and fully-formed with pilot holes. This enhancement not only saves construction time and improves accuracy, but also greatly simplifies the Onex plan set with many fewer part details required for builder fabrication. This results in fewer plan sheets. The Onex will be the first kit produced by Sonex using “matched hole” assembly, meaning items such as the Onex tail substructure can be cleco’d together right out of the box. The Onex kit will also feature more CNC machined parts, and the impact in-terms of time savings of the Machined Angle Component Kit upgrade will be greater with the Onex than our other kits.

Another enhancement of Onex vs. Sonex kits is that the Pre-Assembled Main Wing Spars will be riveted like the Sonex Spars but will also have the attach bolt holes drilled up to final size. The 3-part wing spar will be drilled in a fixture and matched as a set, ready to be installed in the fuselage. These assemblies will also be up-drilled and ready for the remaining hardware to be installed by the builder.

It is important to note that the estimated Onex kit prices we have published are PRELIMINARY! They are not set in stone and will not be until we are ready to transform Onex Kit Reservation Deposits into firm orders and begin shipping kits. We can say with confidence that the parts orders to fulfill current Onex kit reservations will be the largest single batch of inventory ever purchased from Sonex Aircraft suppliers. These parts will be deliverd in phases and a realistic production schedule will be set, however, the large orders will allow us to leverage quantity pricing, and Onex Kit Reservation Deposit holders will likely benefit with savings against our finalized published prices. 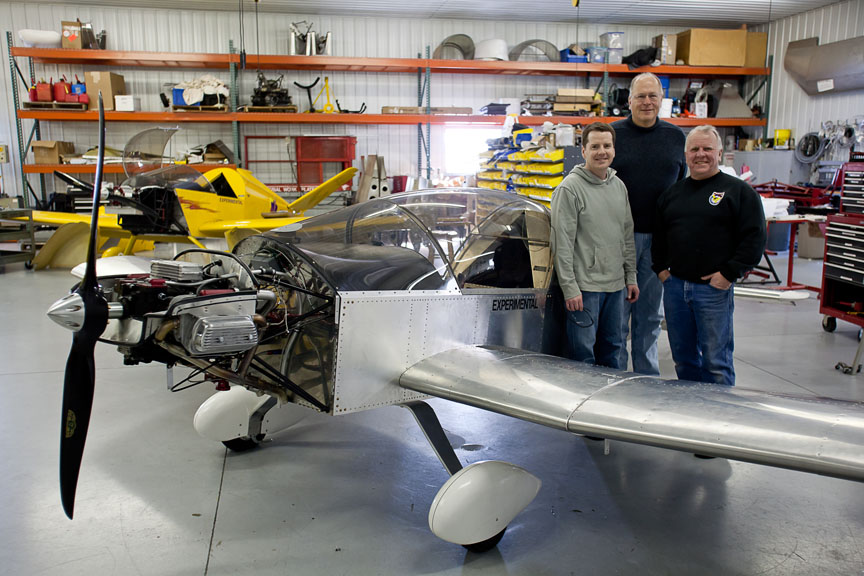 6’5″+ tall aviation journalist Scott Spangler towers over Jeremy and John Monnett before trying-on the Onex for size. He is now considering a Onex build for his next aircraft. 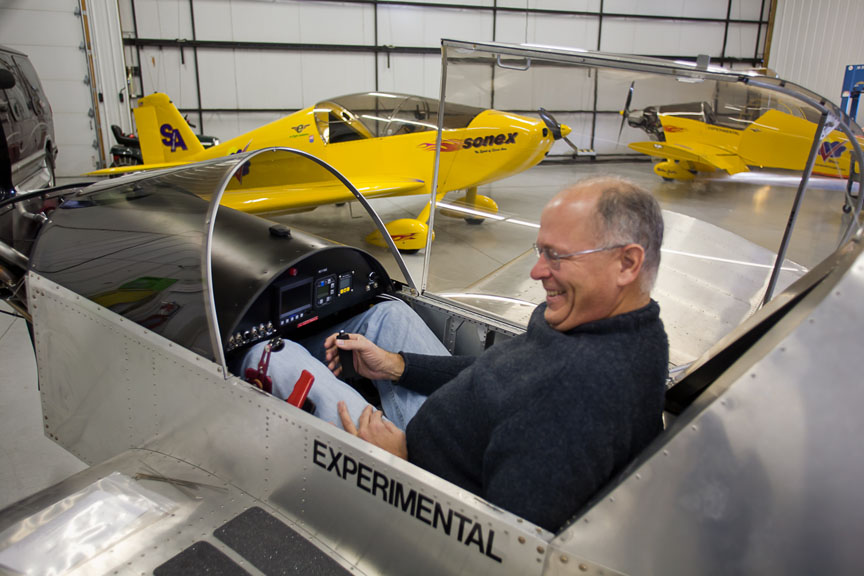 Scott smiles with delight after fitting in the Onex cockpit with feet on the rudder pedals, which can be moved further foreward to give Scott more knee clearance than shown here. 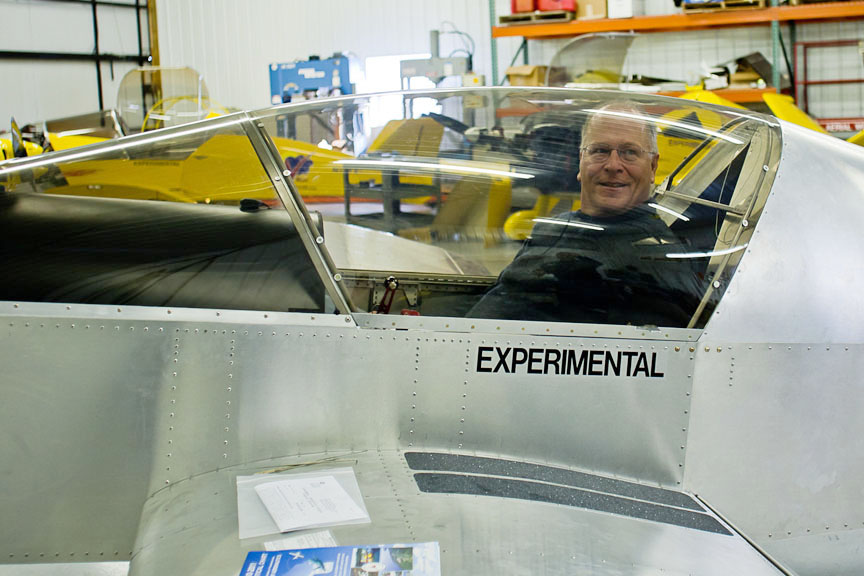 The canopy also fit with enough room to spare for a headset, however, we wanted to see more canopy clearance for those with a longer torso. 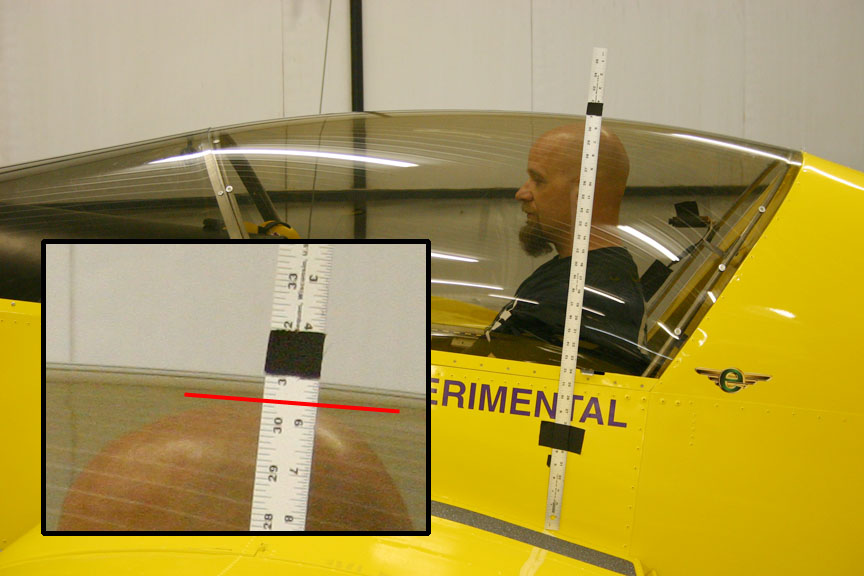 Before: 5’11” tall Sonex pilot Drew Waterworth has a longer torso than Scott, and has approximately the same head clearance, measured here at 1/2″. 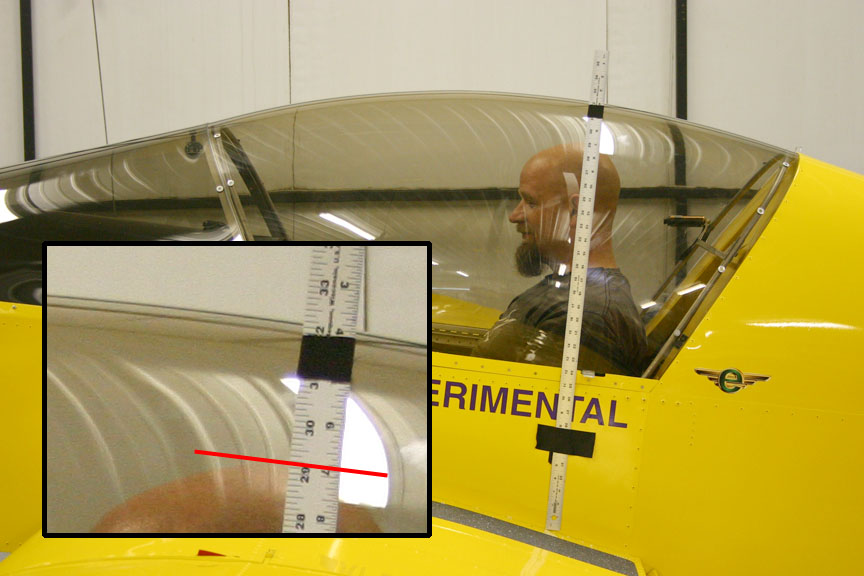 After: With new lowered seat and taller canopy installed, Drew now has approximately 3″ of head clearance to the Onex canopy, an increase of 2.5″. 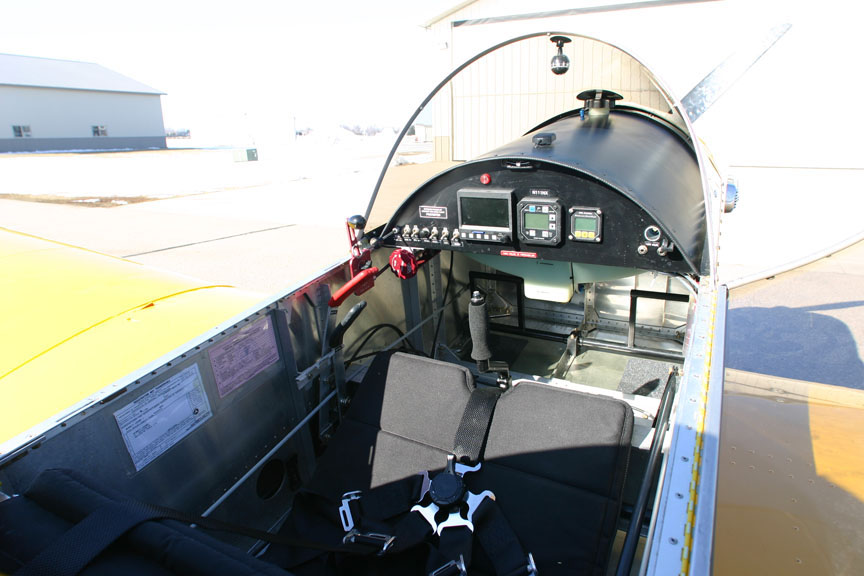 Wide shot of the Onex canopy shows the 5-point restraint harness, which will be standard equipment. 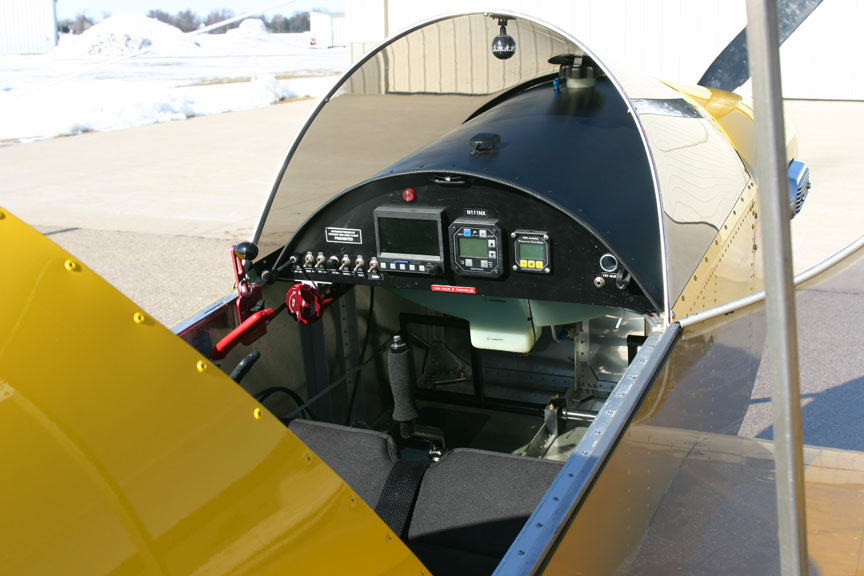 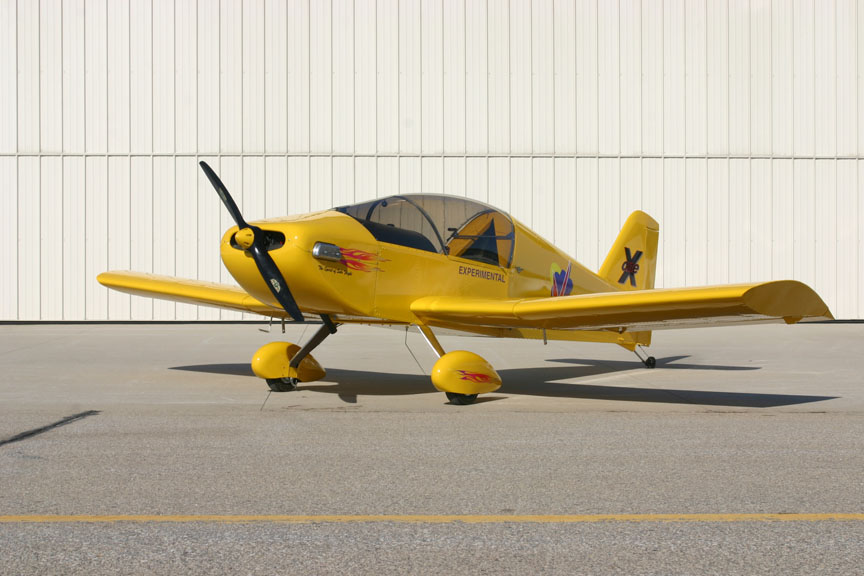 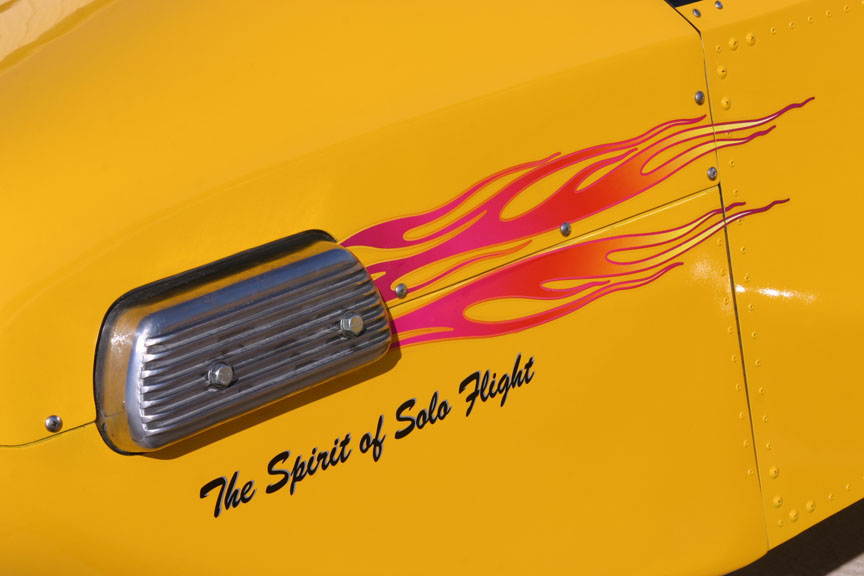 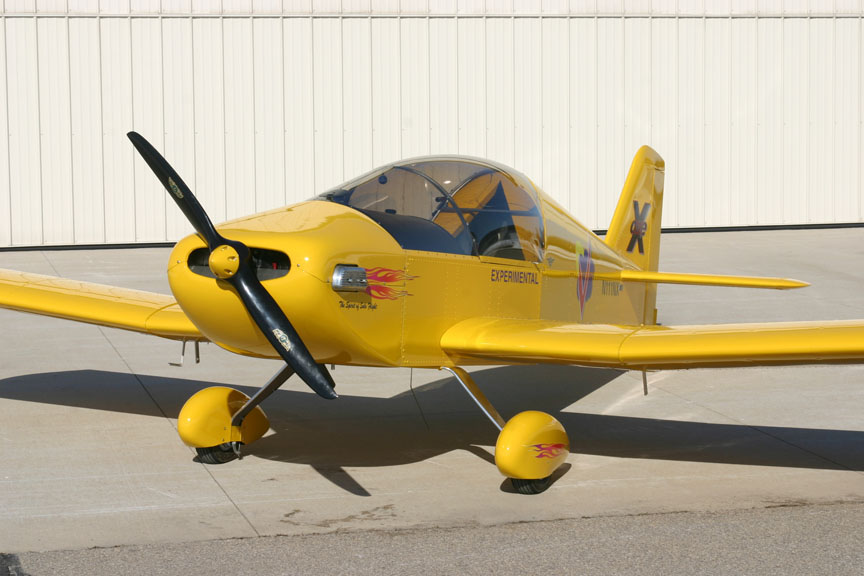 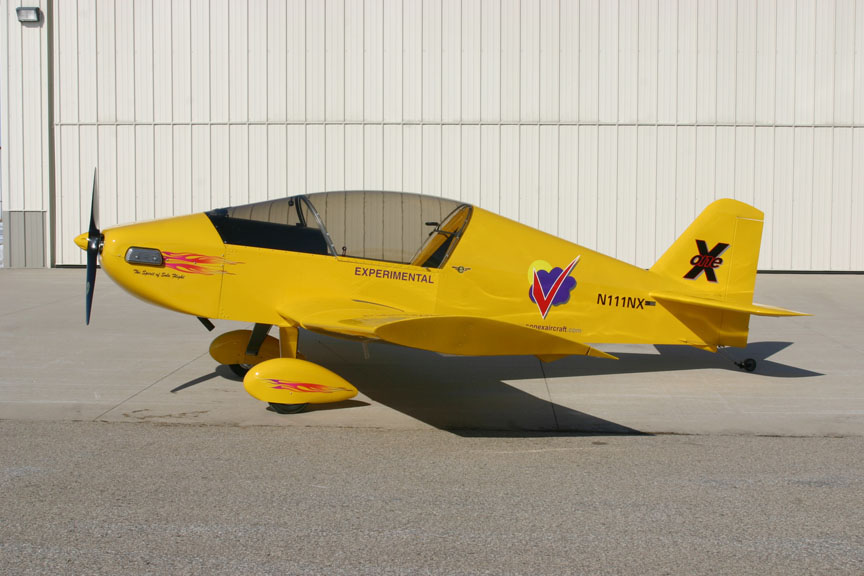 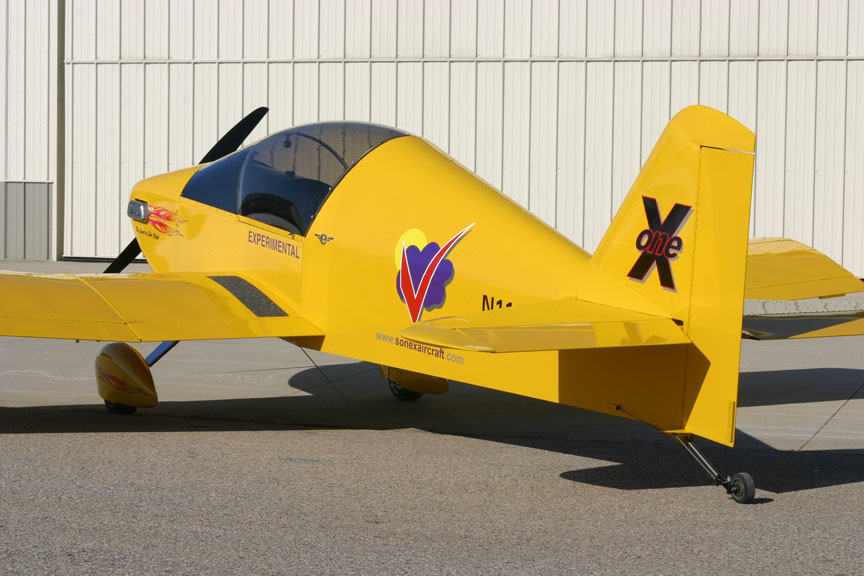 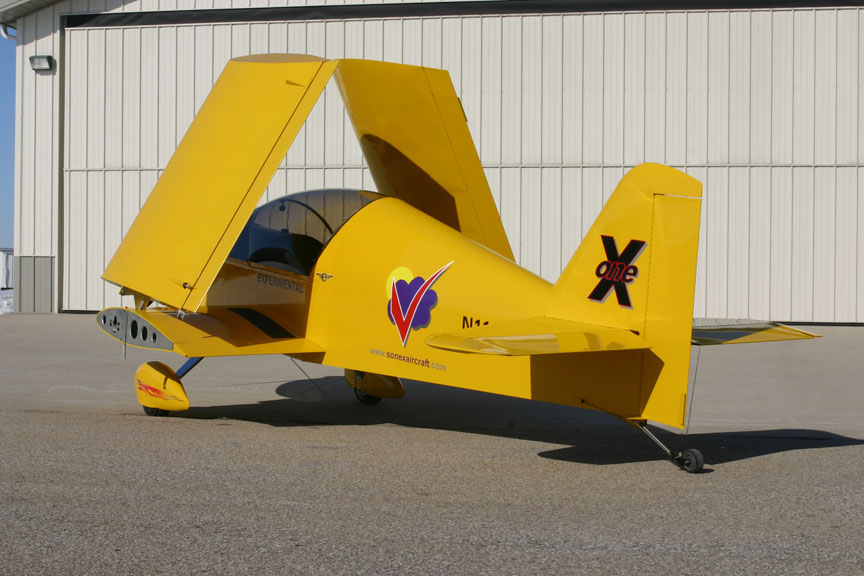 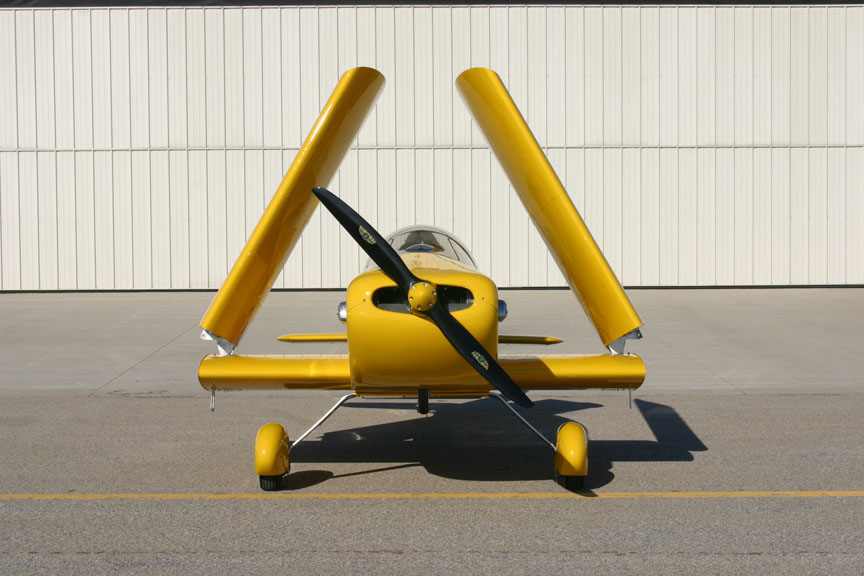 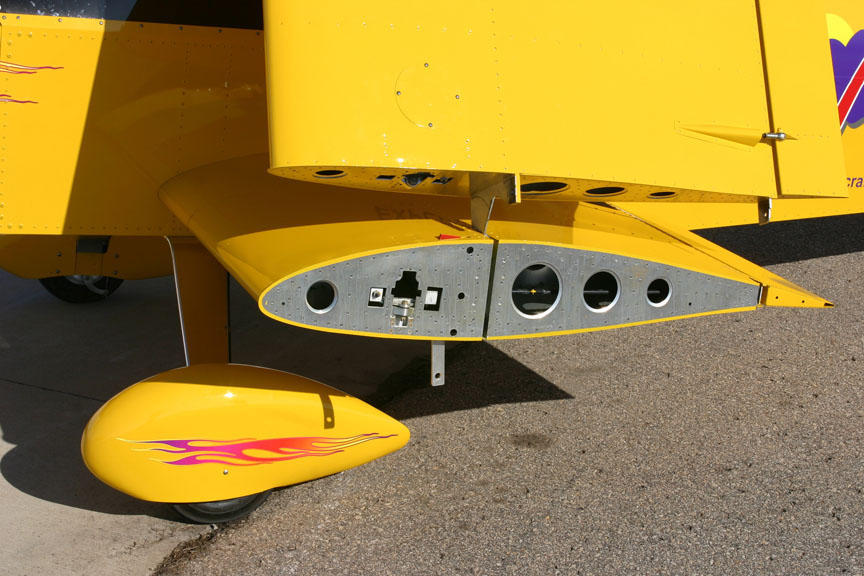 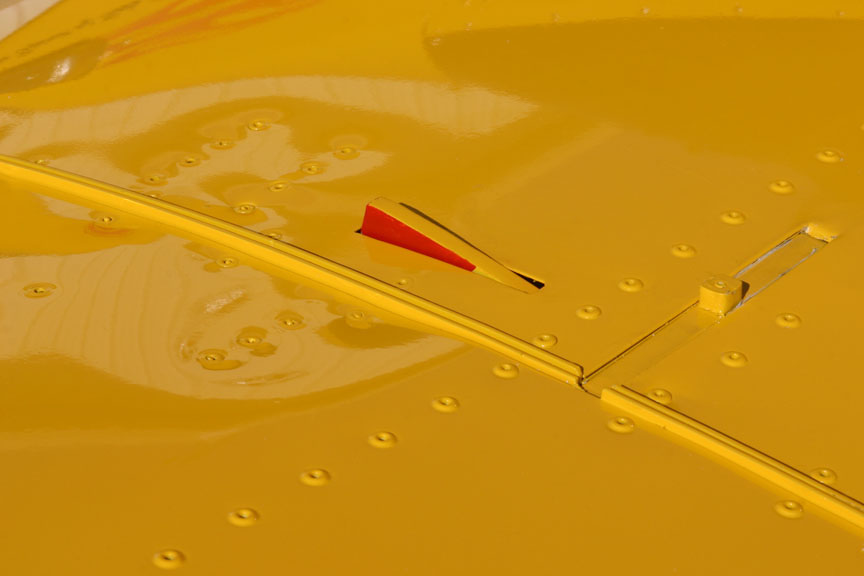