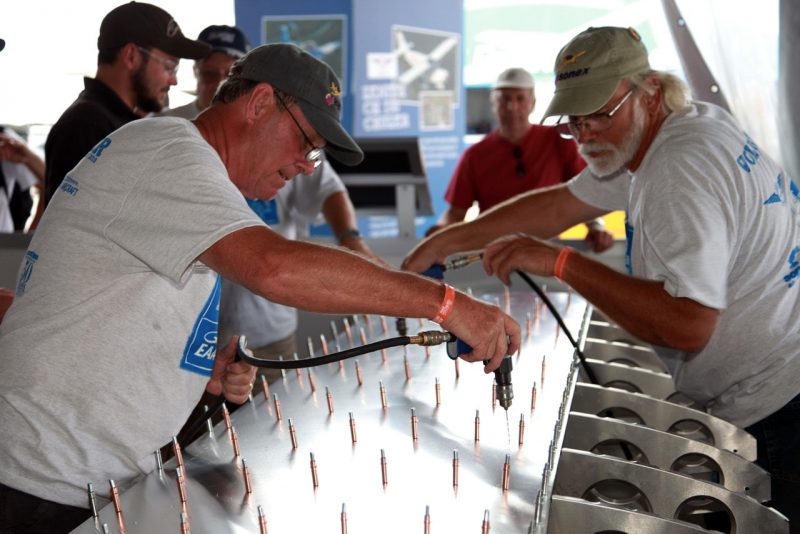 At AirVenture 2015, Sonex Aircraft donated a pair of wings to EAA’s Give Flight project, and those wings have now flown! 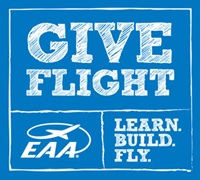 The wings were built during AirVenture 2015 by attendees and volunteers, closely supervised by Sonex staff, on the show’s central Celebration Way EAA tent, in the style of EAA One Week Wonder projects.

Charlie Becker, EAA’s director of chapters and communities & homebuilt community manager, said the Give Flight program was meant to shine a light on chapters’ ability to build an airplane together.

“The point of the Give Flight program was to make sure chapters understood they could build an aircraft,” Charlie said. “Although they cannot fly it as a chapter, maybe a member or some members could form a flying club separate from the chapter to break down barriers to entering aviation.”

That’s exactly what will be done with the Waiex. Chapter 555 President Wes Baker, EAA 744727, said the airplane will be donated to a newly formed flying club that should serve as a gateway to getting more folks involved in aviation.

“We’re really glad that it’s done,” Wes said. “Our whole intention was to put this into a flying club where there really won’t be any cheaper way to fly. We’re trying to reduce the money aspect that keeps people from flying as much as we possibly could.”

The Give Flight Waiex is built from kit S/N W0215, has a Standard Gear configuration and is AeroVee powered.