The E-Flight design team has been steadily making progress on the electric motor and controller systems. The E-Flight Electric Motor is being run at increasingly higher power settings using a ground test bank of lead acid batteries (see video at right).

As expected, development of the Main Controller Unit (MCU) and Integrated Motor and Switching electronics (IMS) for such a powerful electric motor has not been without challenges and setbacks, however, the E-Flight design team has made many significant advancements in the development and evolution of the E-Flight electric powerplant systems.

Since filming of this video, the design team has begun running the system using 100 percent back-EMF commutation sensing. Lithium Polymer Battery System cost, complexity and estimated charge times have been signifantly reduced through a change in battery selection and refinement of the Battery Containment Unit (BCU) and Charging System designs. Safety of the system has also been significantly increased through advancements in the design of system Instrumentation, Main Controller Unit (MCU), isolation of high- and low-voltage components, and advanced system integration, monitoring and control using a low-voltage comm buss. The E-Flight Electric Powerplant System is on-track to becoming not-only the most powerful electric aircraft power source ever built, but also the most advanced, safe and consumer-friendly system as well. 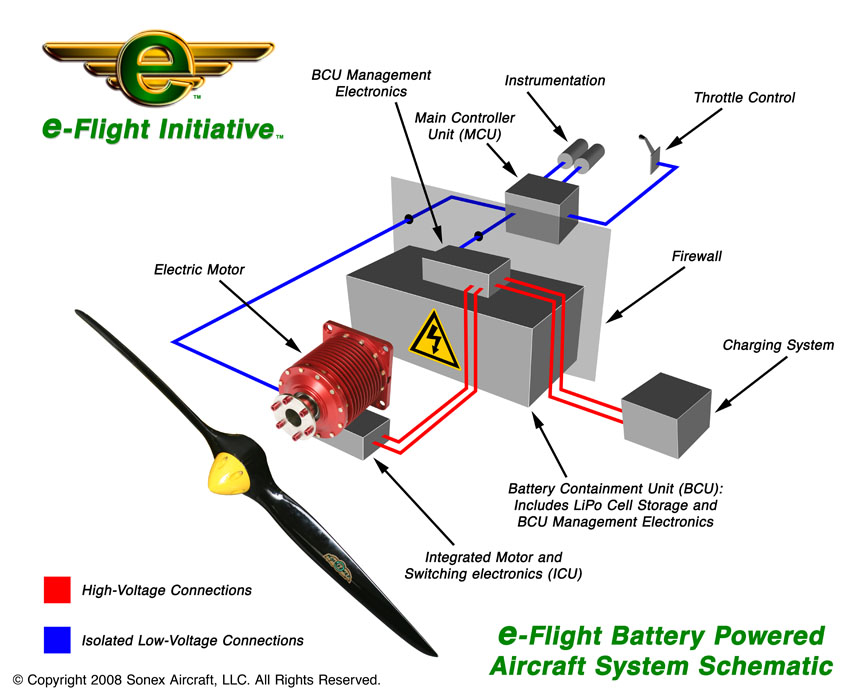 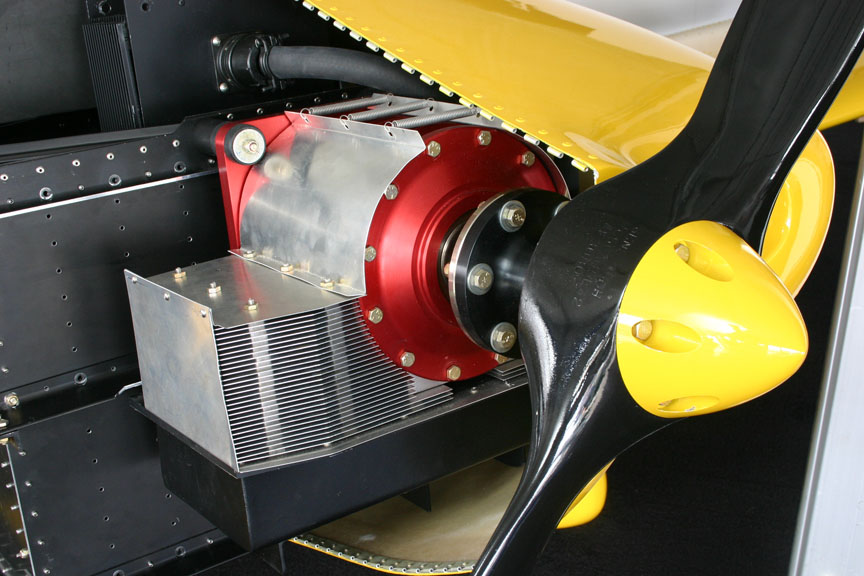 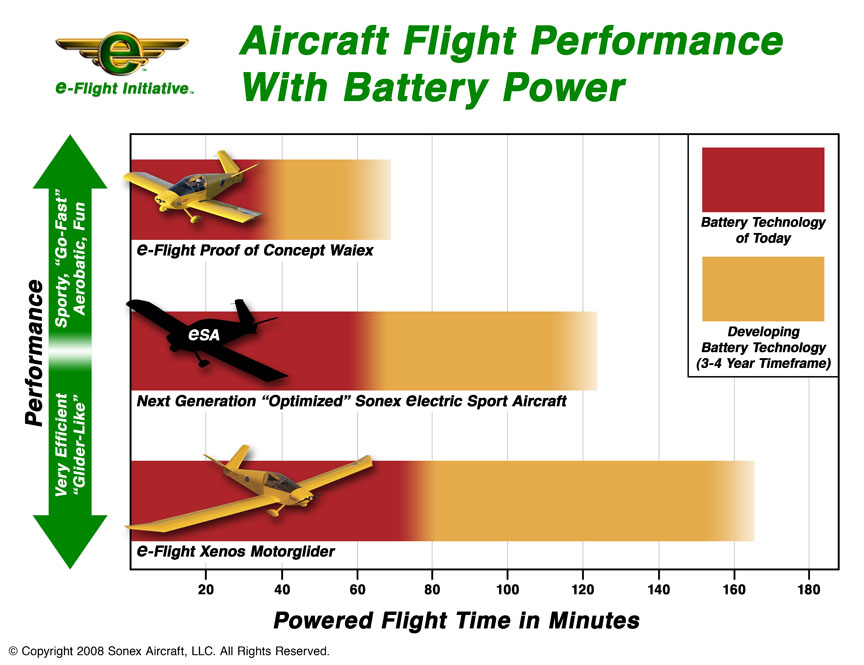